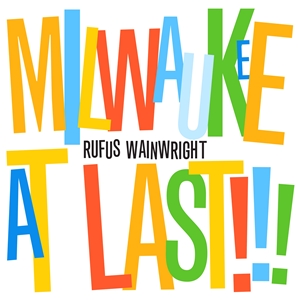 Unable to experience live music right now, Piet and I have both been listening to a lot of live records. Last week our music director Justin Barney wrote a piece highlighting some of his favorite live albums, which got Piet thinking about all the live albums that have been recorded in Milwaukee. He put together a list of seven (including six official albums and one bootleg).

The earliest recording on his list is from Nat King Cole, who recorded an intimate set that wasn’t released until 1999. The bootleg is Led Zeppelin at the Midwest Rock Festival, a Milwaukee concert that took place three weeks before Woodstock, held at Wisconsin State Fair park. Most of Led Zeppelin’s set is available on YouTube, at least for now (bootlegs have a way of disappearing from YouTube).

In 1974, Marshall Tucker Band recorded an album in Milwaukee called “Where We All Belong,” which features a 13-minute jam with Charlie Daniels.

There’s also a new Replacements box set out that features a two-CD recording of a performance the band did at UWM in 1989. “It captures what makes the Replacements such a great band,” Piet says.

Jason Mraz’s 2004 DVD/CD “Tonight, Not Again: Jason Mraz Live at the Eagles Ballroom” also made the list. Piet says it’s aged better than Mraz’s studio records from around that time.

Rufus Wainwright’s “Milwaukee at Last” made the list, too. He recorded it at one of his favorite venues, The Pabst Theater, and he sounds magnificent on that album.

And finally, in 2018 at the Cactus Club, Klassik recorded his album “American Klassiks.” I was at that performance, where he boldly reimagined some American standards, and it was fantastic.

Hear us discuss all those records on this week’s episode.