Summer is almost over, but the outdoor music festival season is still going strong

Summer is almost over, but the outdoor music festival season is still going strong 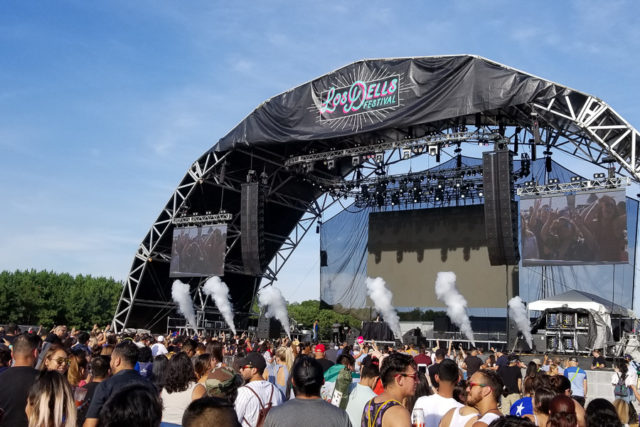 Los Dells is this weekend, and we’re excited that we’re going to be there. On this week’s episode, we preview that festival as well as two more end-of-summer festivals that we’re excited about. Stream the episode below.

Los Dells started as an attempt to create a Coachella for Latin music, right here in the Midwest, and this year the lineup is looking beyond Spanish-language music with performers like Logic. What’s wild is the festival was created not by a big promoter like AAG, but by one true-believing fan who was willing to put his own money behind it. Three years in, it’s now attracting a huge amount of national attention.

We preview this weekend’s festival, spotlighting some of the headliners, which include Ozuna, who is massively popular. And as the summer comes to an end, there are still a few other big music festivals to look forward to. We preview two more music festivals, a little closer to the city of Milwaukee: The Fresh Coast Jazz Fest and the Labor of Love Music Festival.

The Fresh Coast Jazz Fest takes place at the Marcus Center this weekend. The festival is trying to create a world-class jazz festival in Milwaukee. Jazz trumpeter Brian Lynch will be there, along with a cast of hometown heroes including Dan Nimmer and Augie Haas, who will be performing at Milwaukee-centric sets with the house band WeSix.

And finally, bluegrass gets some love at this week’s Labor of Love Music Festival, Sept. 1 in New Munster, Wis. It’s put on by a non profit called Just Live, which advocates for mental-health awareness and suicide prevention. One of the genre’s most popular touring bands, Trampled By Turtles will be among the performers.

Stream this week’s episode below.