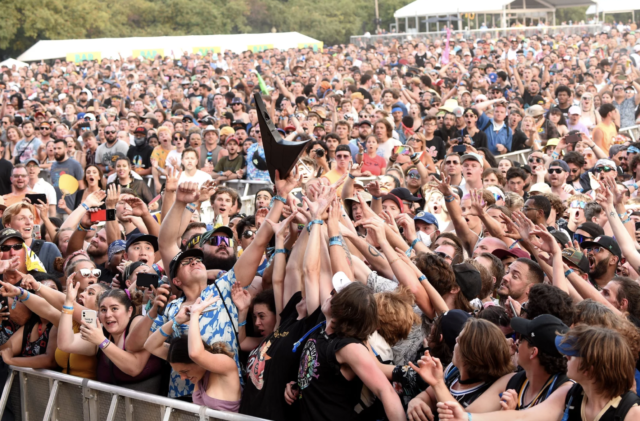 Last Friday, Cactus Club became the first major Milwaukee concert venue to announce it would begin requiring proof of vaccination for all attendees. That policy seemed smart and sensible on the surface, but it wasn’t until I attended my first concert at the club since the pandemic the following day that I fully understood how necessary it was.

Being in a packed club for the first time in a year and a half was exhilarating — it was clear how much the crowd pined for this experience again. But even for me, somebody who’s vaccinated and has spent most of this summer feeling very confident about the protection the vaccine has provided me, it was nerve-wracking. It hadn’t fully clicked for me until I actually attended one, but concerts are not the same as a trip to a crowded store. They’re not the same as indoor dining, or even a bar or a ballgame. Concerts pack huge crowds into small spaces, where they act as one organism, breathing the same air, singing and shouting along to the same songs.

And you can’t do that without some basic sense of trust and safety.

That was the day it became clear to me that most, if not all, venues in markets like Milwaukee would have to eventually require some sort of similar requirements. And sure enough, we’ve seen that. On Tuesday, Summerfest announced that it will require proof of vaccination or a recent negative Covid-19 test for all attendees over 12. Just hours later, The Cooperage adopted those same policies. And this morning the city’s Pabst Theater Group venues announced that starting next month they will have those polices in place, too.

One thing that’s become abundantly clear as these policies have rapidly become industry standard (AEG, the country’s second largest promoter, just announced it is adopting them today as well) is that this is not something the industry wanted. It put off instituting these policies as long as it could, both out of hope there would be no need and out of fear of backlash. But lagging vaccination rates and surging Covid-19 cases left them no choice. These policies are the concert industry’s last, best chance of carrying on hoped this winter.

“This isn’t a political statement,” the Pabst Theater Group insisted in a press release this morning. “It’s recognition that the science is showing vaccines protect from the worst potential outcomes of Covid-19 … If you want to enjoy a performance with us and thousands of others, you will demonstrate you’ve protected yourself, the people around you, and the community by taking the vaccine.”

This week on Tap’d In, Radio Milwaukee’s weekly music podcast with me and the Journal Sentinel’s Piet Levy, we talk about how and why the industry is implementing these policies. You can stream the episode (which was recorded yesterday, before this morning’s Pabst Theater Group announcement) below.