These rappers are carrying the torch for Milwaukee, even from outside of the city

These rappers are carrying the torch for Milwaukee, even from outside of the city 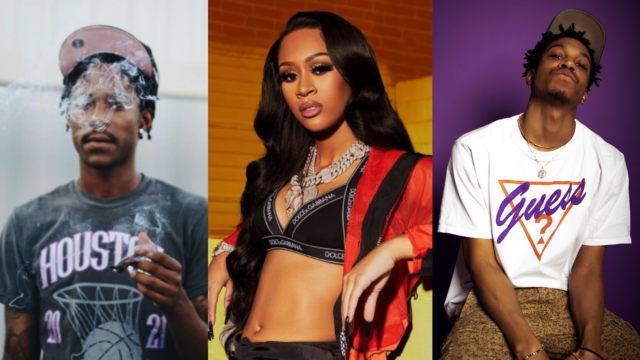 Here are three Milwaukee expats who have been releasing great music this year.

The most prominent example, of course, is Lakeyah, who since signing to Quality Control and moving to Atlanta has reinvented herself as a Milwaukee ambassador. On the cover of her third mixtape for the label, “My Time,” she poses in Bucks gear while hoisting a championship trophy, and for the mixtape’s first single “313-414,” she takes Detroit rapper Tee Grizzley on a tour of Milwaukee, introducing him to the city and its culture. She’s sending a powerful example to other artists: You don’t have to downplay your Milwaukee roots in order to make it big in this industry — if anything, it helps to embrace them.

Lil Aaron Japan has one of the most striking flows I’ve heard in a long time, a faint murmur that makes you lean in if you want to hear anything he’s saying. And his sound is striking, too. His new EP “Who Would Ever Thought” blurs the aesthetic of his hometown Milwaukee with the syrupy thump of his new home Houston — a really unique cross between two distinct regional styles. His primary producer is his brother, who makes beats under the moniker Twan414, and he’s worked with Milwaukee director TeeGlazedIt, who filmed his music video for “Lemonade.” Aaron may not live in Milwaukee anymore, but he still considers himself an Evangelist for what’s going on in the city, he told me this summer. “I’m very in tune with the Midwest sound; I try to put as many people on it down here as possible,” he said.

Regular Radio Milwaukee listeners have probably heard us spin “Picasso,” a standout from Alan Ward and his new EP “BOR: Basket of Raps,” a really entertaining hip-hop project in the lineage of spitters like MF DOOM and Earl Sweatshirt. Ward lives in Baltimore now, after losing a couple of jobs in Milwaukee during the pandemic (he’d worked for the Bucks and Summerfest, lest anybody doubt his Milwaukee bona fides). And yes, he still keeps a 414 in his bio.

Hear us talk about all those acts and more on this week’s episode of Tap’d In, which you can stream below.