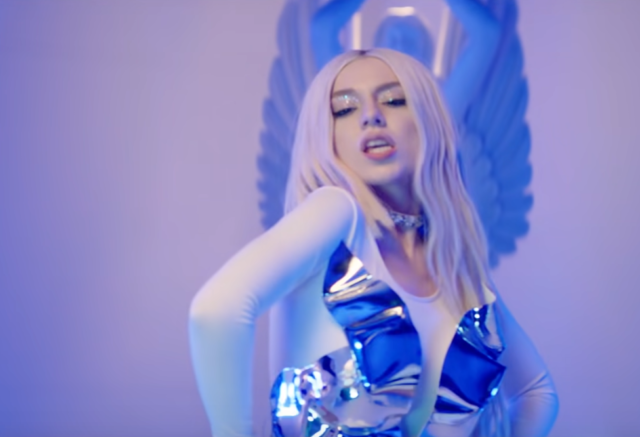 Sylvan Esso’s Nick Sanborn lived in Milwaukee for 10 years and was a big part of the city’s music scene, playing with Decibully and performing electronic music as Made of Oak. And it was in Milwaukee where he met his future Sylvan Esso bandmate Amelia Meath from Mountain Man, while opening for that act at Cactus Club. They struck up a friendship and now they’re about to release their third full-length studio album as Sylvan Esso.

“Free Love” is coming out Sept. 25, but so far neither of us have heard the new album. We both adore the lead single “Ferris Wheel,” however, and have high hopes for the album.

Then there’s Ava Max, a pop artist who was born in Milwaukee. Her parents were from Albania, but they left the country in 1990 and lived in a church in France for a year. Eventually they moved to Milwaukee, where Max lived for three years before her family moved to Virginia. Her sound is a little bit of a throwback to Lady Gaga’s early hits, but her new album “Heaven & Hell” really feels right for this moment, now that we’ve seen a recent resurgence of bombastic pop.

And then there’s Joe Wong, a really interesting person from Milwaukee. He’s the host of “Trap Set,” a fascinating podcast where he conducts long interviews with drummers. He’s also a composer, who has done work on TV shows like “Russian Doll” and “Master of None,” and his music varies quite a bit from project to project. He has an album coming out called “Night Creatures,” which is a really cool psychedelic album with nods to the ’60s, which includes contributions from members of The War on Drugs and The Flaming Lips. It’s a really exciting introduction to him as an artist.

Hear us discuss those albums below.