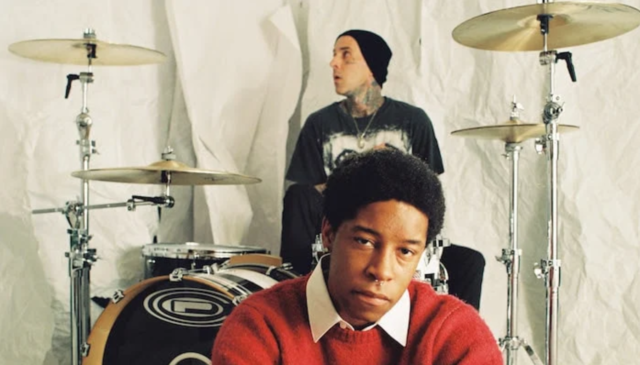 We kick off this week’s episode with a little bit of new music from Milwaukee native Grace Weber and her new single “Thru The Fire” with Chance the Rapper. The two have some history together: She’s been working with Chance’s collaborators The Social Experiment for a few years, and ended up writing the song that became the opening track for Chance the Rapper’s hit mixtape “Coloring Book.” He’s returned the favor by appearing on her new single.

That’s not the only big collaboration we’ve seen lately from Milwaukee musicians and Milwaukee expats.

Milwaukee native Kenny Hoopla has a new song with Blink-182 drummer Travis Barker called “Estella.” Hoopla is beginning to make a name for himself out in L.A., and this track really stands out. Piet says it reminds him of Blink-182 in their prime, and it’s doing very well on the alternative rock charts.

Milwaukee rapper Taiyamo Denku, meanwhile, has linked up with Run-DMC legend DMC for a new single called “Where Do We Go From Here.” That’s not a big surprise, given Denku’s track record. He has a history of recording with some of hip-hop’s big legacy names.

Hear us talk about those tracks below.