Is Travis Scott at the Fiserv Forum (finally) the start of more Milwaukee stadium rap shows?

Is Travis Scott at the Fiserv Forum (finally) the start of more Milwaukee stadium rap shows? 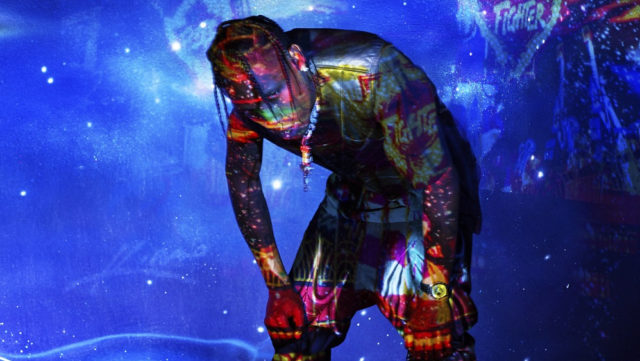 Travis Scott at the Fiserv Forum

Travis Scott’s original Milwaukee stop on his ASTROWORLD: WISH YOU WERE HERE tour was scheduled for December 9, then rescheduled to Friday, February 22 due to “production issues.”

We’re not sure exactly what that meant. But we do know that Travis Scott is known for insane production in his shows—so if it wasn’t ready, we’re happy to wait.

We trust Fiserv Forum General Manager Raj Saha when he said, “Travis Scott’s production on ‘Astroworld’ cannot be missed and will certainly give you goosebumps. We are happy to announce his rescheduled date of Feb. 22, 2019 in a performance that will leave you stargazing.”

Put it this way: His last performance in Milwaukee at the Rave was so legendary that it had the crowd going crazy, rushing the stage (at Scott’s request) and Jabari Parker making it rain by throwing cash into the crowd from the balcony. And that was at the Rave. Imagine how hyped he’s going to get the crowd with all the tech of the Fiserv Forum at his disposal.

The state of stadium hip-hop in Milwaukee

If this show goes well, we think it could finally mean that we’ll get more big arena hip-hop concerts in Milwaukee. It’s about time.

We haven’t had a tour like this come through in a long time. And we’re talking about big stadium, album-cycle tours, not Summerfest shows or other random Milwaukee appearances. We’re talking about the big names like Nicki Minaj, Drake, Kanye, etc.—why have their national tours never made a stop in a Milwaukee stadium?

Maybe it’s the proximity to Chicago, maybe it was the Bradley Center, but we hope the Fiserv Forum and Scott’s booking means change.

Raj Saha, who books the Fiserv Forum’s entertainment, has certainly pledged to make that change. He says he’ll bring more diverse types of music to Milwaukee. Hip-hop is the number one genre of music right now and he knows it. He also knows the city is hungry for it. Hopefully Scott’s show will prove it.

Travis Scott and the state of stadium hip-hop in Milwaukee

Milwaukee’s first huge rap show at the Fiserv Forum is coming up this week—Travis Scott. And it’s really the city’s first arena hip-hop show period since 2003 when 50 Cent and Jay-Z toured (Summerfest not included).

Read more and listen to the podcast episode below to hear us talk about how hyped we are for Travis Scott’s rescheduled show at the Fiserv Forum and how we hope this will (finally) open the door for more hip-hop shows in Milwaukee in the future.