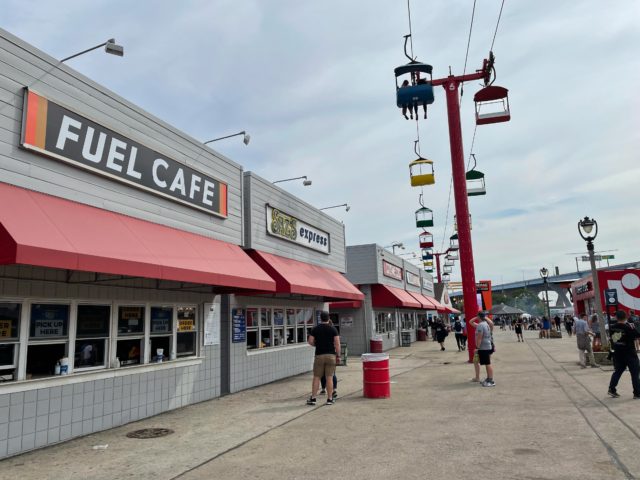 When we spoke to Summerfest’s organizers earlier this summer, their expectation was that the long-awaited return of the festival this month after would draw some huge crowds — that there was so much latent demand for live music and festivals again that fans would be lining up to get back to the Big Gig.

So far that hasn’t happened. The big story from Summerfest’s return last weekend was its modest attendance, which some vendors have been describing as the lowest they’ve seen in 30 years. Some national headliners earlier in the day have been playing to crowds of just a few hundred (or sometimes even just a few dozen) people.

This week on Tap’d In, we discuss what’s driving that unmistakable attendance drop. The truth is there are a lot of factors at play, the continued spread of Covid-19 and the Delta variant being chief among them. On top of that, there’s the uncanniness of having Summerfest in September for the first time, and a new three-weekend structure for the festival that attendees aren’t used to yet. For the first time during the festival’s run, Summerfest really hasn’t been top of mind the way it usually is for Milwaukeeans. The festival seems to have snuck up on people this year.

The good news is there’s still time for some of that to change with two weekends of the festival left. And some strong lineups, particularly during the final weekend of the festival, could help make the grounds look a little bit more like pre-Covid times on some nights. Plus, Piet and I agree, Summerfest is most pleasant when the grounds aren’t packed to the gills. The thin crowds make the event safer, the views better and the lines shorter — enjoy them, if you can.

Also on this week’s episode, we’re previewing some standout shows for week two of the fest. Hear us talk about them all below.