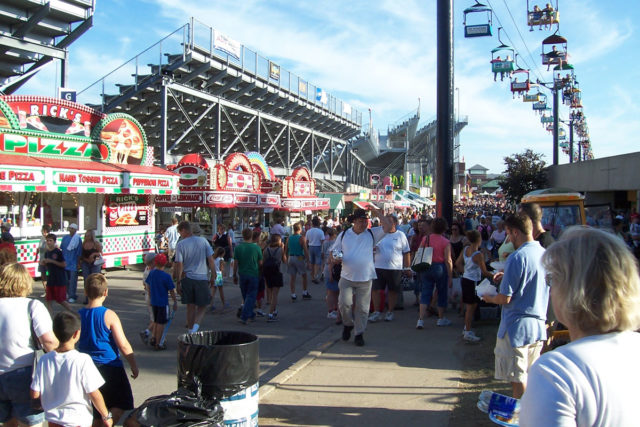 The Wisconsin State Fair starts today, and this week on Tap’d In, we’re sharing some of our live music picks for the fair. Usually that isn’t the easiest thing to do: As fun as the State Fair is, it’s never been first and foremost a music festival, the way Summerfest is. Music is more of a feature of the fair, not a main draw, so you’ve got to adjust your standards accordingly.

But this year, in addition to a couple nice shows at the Main Stage (hello Boyz II Men and Ginuwine on Friday, Aug. 13) and the usual spate of cover bands, the fair has booked a lineup of great Milwaukee bands at one of its most unassuming stages.

It’s easy to miss it on the schedule: The stage is called Slim’s Lakefront Brew Pub and Eatery, and thanks in part to some help from WMSE and Lakefront Brewery, it boasts a lineup of Milwaukee music that any festival would be proud of, including lots of 88Nine favorites.

This is something we’ve wanted to see at the fair for a long time, so it’s worth celebrating. You can listen to the episode and find the complete lineup for Slim’s Lakefront Brew Pub and Eatery stage below.