The state of trance music, according to Darude

The state of trance music, according to Darude 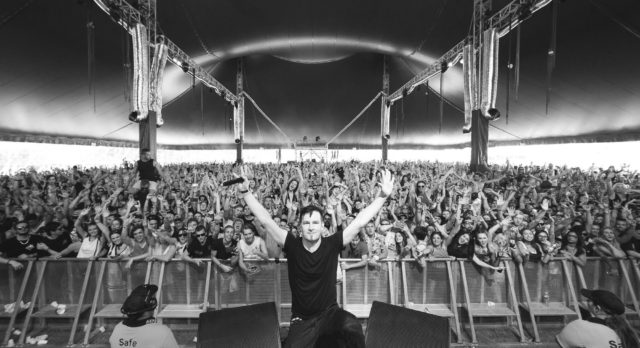 A conversation with Darude in Milwaukee

World famous Trance DJ/Producer and creator of the mega-hit “Sandstorm,” Darude visited Milwaukee for the last leg of his Timeless Tour at Site1A, before he embarks on a quest to win the Eurovision 2019 singer-songwriter contest for his homeland Finland.

While in town, he stopped by our 88Nine studios for an exclusive interview with In The Mix. We talked about the state of trance music, family and new adventures. Hear the full interview below.

Darude says, “I just love music and as a DJ, that’s not a problem but if I produce stuff that is different than trance I get pretty much crapped on by some of the most enthusiastic fans and it’s sometimes interesting how people think that they own artists. It’s too weird sometimes, where they just won’t take no new direction but I always say, you know, it’s me who defines what my sound is and not the other way around. Also, change the channel if you don’t like it.”

It’s me who defines what my sound is and not the other way around.

“For me, the state of trance is where it’s supposed to be. It’s not maybe top of the charts but I don’t know if it ever was supposed to be like top five selling. The scene is very strong and what’s cool about, or has been, about the modern last 10 or whatever years, is the internet is there and anything has a possibility to become big because anybody can have access to anything now.”

Listen to the full interview with Darude above.