In The Mix with guest Tommie Sunshine

In The Mix with guest Tommie Sunshine 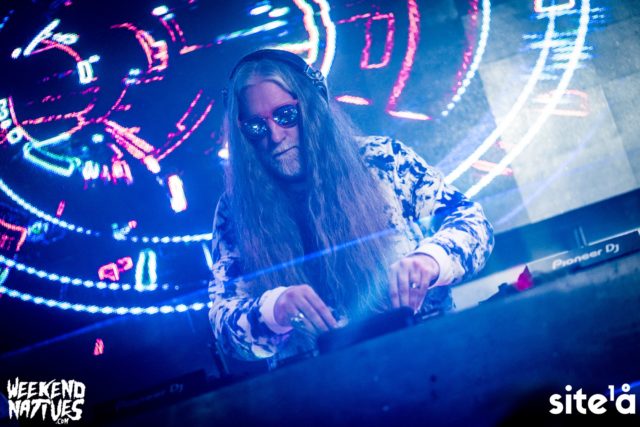 Every Saturday evening we set the vibe from 10 p.m. to midnight as we mix up the hottest sounds from the electronic dance music scene. In The Mix with DJ Kenny Perez prides itself on bringing to the forefront some of Milwaukee’s most talented DJs and producers as guests on the show. This week we welcomed Tommie Sunshine.

Not only was it fitting that Summer Solstice was upon, but to locking in Tommie Sunshine as my guest made all the sense in the world! Once Tommie gave me the thumbs up, it solidified that ‘In The Mix’ would not be the same moving forward. There were a few things that I realized, not only am I committed to giving the DJ community of Milwaukee a place to lay down beats, but that the city deserves to hear some of the top talent the World has to offer. With that said, I began my set with a bangin’ track from Chocolate Puma & Carta called “Zhong” and moved into the acid infused heat from Monki called “Work It.” The rest you can stream til your hearts desire.

Tommie Sunshine was my guest for ‘In The Mix’ on Saturday and he did not disappoint. The Illinois native and now New York City resident has been slanging beats for over 30 years and still going strong. Sunshine is an activist, songwriter and well established producer who’s collaborated with the likes of Bart B More, Felix Da Housecat, Miss Kittin, The Ashton Shuffle and the list goes on! Tommie Sunshine is the host of the 2018 docuseries released on Netflix called “After the Raves.” The series explores the past, present and future of electronic dance music (EDM) and dives into the characters lives to find a personal connection to this vastly growing global audience. Stream the show now or download it from the link below, ENJOY!