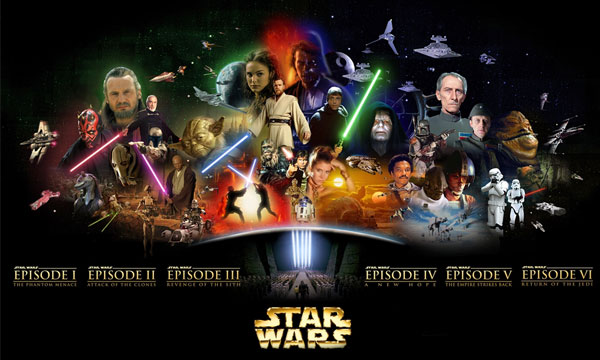 1. May the force be with you

Not even sure if this is in the strata of stuff that I need to address because if you don’t know that the latest edition of “Star Wars: Episode VII The Force Awakens” opens tonight then you’re also probably not reading this anyway. And it will probly be the highest grossing film of the year and we all know it. To me, this feels like one of those rare-for-the-times movie events and I’m pumped! I’m also mad curious about it having a black Jedi, much to the chagrin of many of the series’ fanboys. In any case, I have always had a weakness for year-end blockbusters and Star Wars is a treat (even if they aren’t all good IMO).

Tonight at 9pm
Marcus Southgate Cinema
For more ways to nerd out in Milwaukee for Stars Wars CLICK HERE.

Minnesotan Sam Cassidy is in town tomorrow for a show at Bay View’s Club Garibaldi’s with perhaps the best Milwaukee band to complement their sound in Radio Milwaukee faves Great Lake Drifters. Cassidy is touring in support of his album “Debts,” written over the last few years. On it, Cassidy draws on the life of ordinary people as well as his own experiences to paint vivid pictures of struggle and joy, hard work and taking it easy, longing and satisfaction. Get there early as Sean Raasch, one half of the Milwaukee duo Twin Brother, will be opening.

Seven months after the release of their latest album “Disaster,” Milwaukee’s Surgeons In Heat are no worse for the wear and are posting up in Riverwest for a show that, to these eyes, has a lot going for it. If you haven’t heard the new SIH album yet, or only heard the song we’re playing on the air, hear you should — it’s good. Rounding things out, the night also features Earring, Teenage Woman and funky DJ Fuzzy Logic. If you’re near Riverwest on Friday, check this show out!

Bikes, like so many summer-seeming things are really best bought when the weather is at its most bitter. Even though we’re having a mild one, it is still prime time for deals on bikes and biking gear as bike shops and distributors try to survive lean months. Wisconsin Bike Fed’s Bike Bazaar & Holiday Gift Market is the perfect event to pounce on for some of the choicest deals of the season. New and used bikes, parts, tools, art, crafts, clothing and practically all the bike stuff one could want will all be in one place when they set up shop this Saturday in the gym at Riverside High School. Might just be the perfect place to find the right gift for the biker you love.

Mad Planet’s Ugly Sweater Party is a thing, and in its 4th incarnation looks as good (or bad, depending on your sweater!) as anything for Saturday night. This ironic affair celebrates the great hipster tradition of ugly-ass holiday sweaters with a theme night absolutely stacked with great bands. Mad Planet, perhap secretly, boasts an excellent sound system and Milwaukee bands Dogs In Ecstasy, Midnight Reruns will open, with Jaill headlining a night that would be fun if only to see who’s got the worst/best holiday sweater steez.