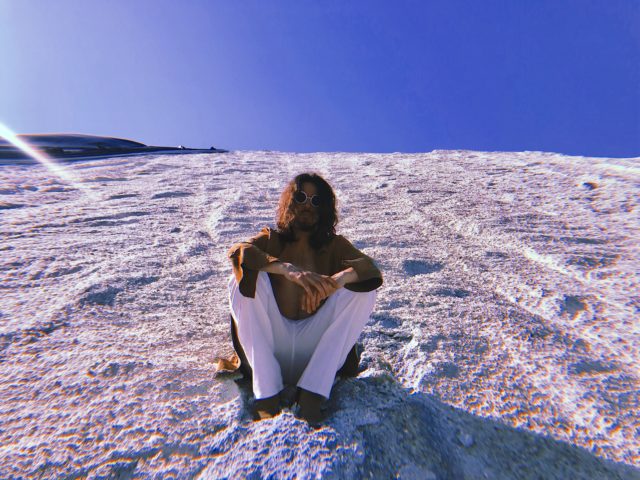 Friday at 7 p.m. @ The Riverside Theater

I’m not all that into Christmas-related activities, but the scrooge in me can chill for an event like A Motown Christmas. This show features a world-class vocal group assembled from past and present members of Motown’s most legendary groups like The Temptations, The Miracles and The Capitols. Plus, it’s a family-oriented show and whoever says they don’t think combining Motown’s greatest hits with everyone’s favorite holiday classics is a good thing is probably wrong. Plus the kinds need to see what made Motown special; the slick choreography and so-familiar-it’s-almost-gentic harmonies all performed in that classic soul style.​

The group features Dave Finley a veteran of more than 25 years performing with Smokey Robinson and the Miracles: Charles Franklin formerly with Ali Woodson’s Temptations; Doug Gaddy, also formerly of Ali Woodson’s Temptations and The Dramatics and George Wilson, an original member who sang with the Capitols for more than 20 years. This is the Christmas groove I can get down to.

Sleepy Gaucho’s Panamerican influenced folk music floats in a realm of it’s own. Born in Wisconsin while also growing up some time in Argentina, the young multi-instrumentalist’s music can at times be melancholic, at others ethereal, but always agreeable. The seven track debut record “Another Time”, while initially recorded in Madison, WI, was eventually finished after the songwriter happened to find himself drifting around an East London neighborhood for a few months.

Meanwhile, Big Dill and the Boys, another Radio Milwaukee local favorite, bring a rock vibe to the local jam scene. It’s surprising how big a four piece can be, especially in their live performances.

Saturday at 7 p.m. @ The Cooperage

This Saturday, Milwaukee music veterans Mark Waldoch and the band Testa Rosa will be teaming up for a show that takes aim at classic holiday songs and performing them in their own indelible way. Classic holiday songs, some new interpretations and original seasonal music to warm your cold little heart (jk). I can dig it, plus Mark has a fantastic voice and it should be interesting to hear their renditions and I’m curious about their originals as well. A portion of proceeds will also go toward benefiting Hunger Task Force.

Paul Cebar Tomorrow Sound bring a funky, lyrically explosiveness, yet with an intimacy that has made them local legends. Taking cues from the dance bands of western Louisiana (and his native Midwest,), the streets (and 45’s) of New Orleans, touring African and Caribbean combos and the soul, funk & blues of his youth, Paul Cebar is a masterful synthesist of rhythmic culture. His time spent in his second home of New Orleans, as a musicologist in Florida, and as a journeyman wanderer in Cuba, is reflected in his musical worldview.

At the core is gifted songwriting, and the company Paul keeps bears it out: Bonnie Raitt, Nick Lowe, Chris Smither, John Hiatt and Cesar Rosas are among his friends and admirers. Tomorrow Sound are an elite crew. Check them out this Saturday in Walker’s Point at Anodyne if you want to verify any of these facts.

Greg Koch and the Koch-Marshall Trio led by guitarist Greg Koch, also features his son Dylan Koch on drums and Hammond B3 specialist Toby Lee Marshall. This organ trio takes its blues for serious evan as cook up an amalgamation of rock, funk, jazz and country to go along with it.

Tis the season to get out and have some fun...