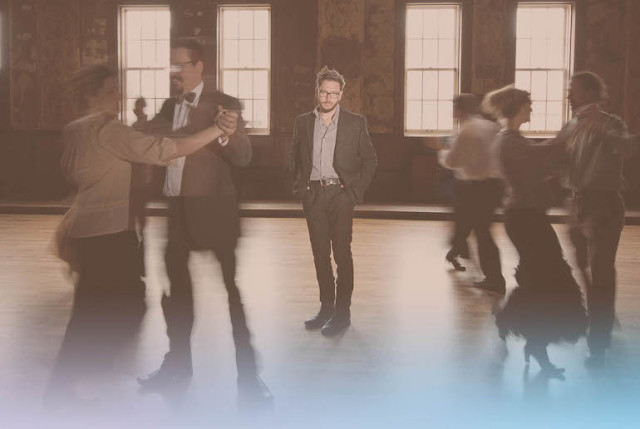 There is nothing left to do but to do something, but what…?

1. Christopher Porterfield: How to Write a Popular Song

I was pretty sad to hear Alverno College is shuttering their Alverno Presents series; the series was consistently a unique and smartly curated program that enlightened and entertained. That said, they ain’t quite done yet. This Saturday evening they keep the tradition going with a show curated by Christopher Porterfield, who should by now be as familiar to you as his alter ego Field Report, as he reviews the life, times and career of Tin Pan Alley pioneer and Milwaukeean Charles K. Harris.

Charles K. Harris left an indelible mark on music by pioneering pop music theory and practice at a moment when recorded music was just about to blow up. He scored a hit of his own with After The Ball, and used his popularity to influence others by offering fledgling songwriters a guide, How to Write a Popular Song: A Practical Tutorial on Song Writing. With that guide in hand, Porterfield has assembled a selection of singers and songwriters to follw Harris’ lead and craft their own popular songs.

Comedian Patton Oswalt has busting chuckles since the mid-90’s and there’s a good bet you’ve caught one of his specials on HBO or Comedy Central. This Saturday night you can check him out live at the Riverside Theater for an event that goes beyond laughs. Don’t get me wrong, you will laugh, but proceeds from the event are going towards benefitting the Jewish Community Center and Special Olympics Wisconsin. So laugh it up, this one will help some people in need.

Posted by No No Yeah Okay on Wednesday, September 2, 2015

Radio Milwaukee favorites NO NO YEAH OKAY will be headlining up in Riverwest this Saturday at Mad Planet on Center Street. Their sound is hard to nail down; a bit electro, a bit of soul and dusted with a bit of pop shimmer and a lot of fun to see live. The other acts on the bill are worth getting there early to see as well; D’Amato’s heady, free-flowing charismatic rap tends to keep the crowd rapt and the relatively new Airo Kwil brings it too with an organic sound built round heavy beats and off-kilter raps. Definitely a show worth peeping.

Milwaukee’s reggae scene is small but dedicated and tonight is an excellent opportunity to support that scene. Milwaukee’s only rocksteady reggae outfit is dropping their new CD tonight in a show at Linneman’s in Riverwest that looks like a sleeper. You might not be as familiar with rocksteady, the sound that directly pressaged the sound we now call reggae but it’s a sound easy to relate to nonetheless as it has a more direct connection with rhythm & blues than reggae (in terms of what it sounds like). The Tritonics will headline but also on the bill are some non-reggae related artists like John Seiger and Paul Setzer; also, DJ Ric Vespa will be spinning golden-era reggae rarities.

Let’s face it, sometimes the best plan is no plan, straight kickin’ it on the couch with some snacks streaming full seasons of shows. At least that’s what happens to me a lot… That said, I’ve been ensnared by my share of late and if you can relate, these three might be the right kind of night in…

Fortitude, a tense murder mystery set in the Arctic…

Mad Dogs is also interesting, at times mad cap; a travel adventure with some nice twists…