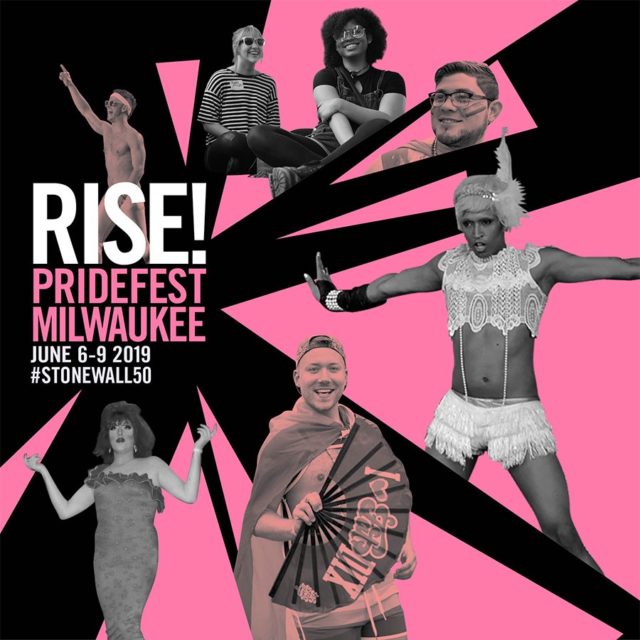 As far as volunteer operated LBGTQ festivals go, Milwaukee’s may be the biggest and the best. Call me biased, but that’s worth bragging about. It is also the first big festival of the season and from year to year boasts a dope lineup of performers and an inviting entry to the summer festival season. From Thursday to Sunday on the Summerfest Grounds, PrideFest hosts live music on several stages, lifestyle seminars and workshops and much more. Check out the PrideFest’s website for details and get the season started with Milwaukee’s first big fest.

What’s better than a free show from a powerhouse band that happens to call Milwaukee home? I don’t have an answer either… Well the deal is thus, Miller Brewing is kinda celebrating its 160 year history in Milwaukee with “thank you” to the city with a Cheers to Milwaukee concert at The Riverside Theater and got the Femmes in for the gig. Definitely a decent summer kickoff; tickets are first come-first served and if you get in you’ll also get a free ticket to Summerfest. Deal!

Vampire Weekend have mapped out an expansive North American tour in support of their new double album, “Father of the Bride.” The 35-date outing features some of the band’s biggest shows to date, including Madison Square Garden in NYC, the Hollywood Bowl in Los Angeles, Red Rocks Amphitheater in Morrison, Colorado and of course, the BMO Harris Pavilion in Milwaukee this weekend. I joke. But really, Vampire Weekend are killing it on their new album and my favorite “better-than-the-headliner” band Chicano Batman, is opening. This is a proper pre-Summerfest primer right here; if you’re the type that sees all the good stuff, this is your concert right here.

I’ve never made much of a secret of the fact that Locust Street Festival is my absolute favorite of the street fests. Living in Riverwest’ll do that to you. I like the diversity and the informal freshness of this street party. Lots of friendly folks, good food and local music without a corporate feel. Personally, there’s nothing I love more than walking Locust Street from end to end, over and over again; shopping, stopping, dancing and drinking in the sun. Check out the Facebook event page for details on bands performing or just trust me and go…

The Hold Steady’s Craig Finn is in town this Sunday for a show at the Back Room and a live session on our airwaves earlier on that day. Combining literary influences like Jack Kerouac and John Berryman with the musical influences of Bruce Springsteen and fellow Minnesotan Paul Westerberg, Finn’s highly descriptive lyrical style has a focus on narrative, crafting whole worlds for people in his songs to exist within.