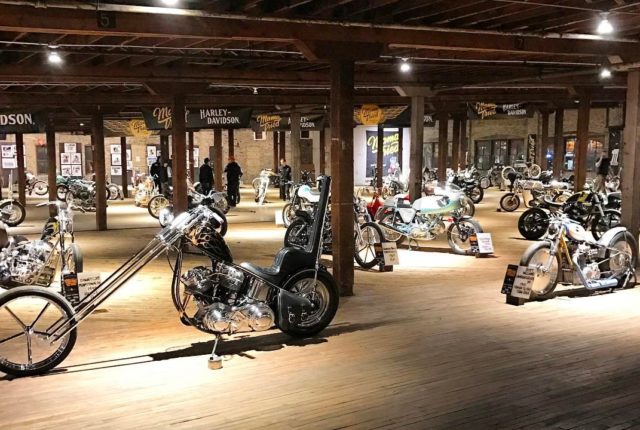 Mama Tried Motorcycle Show makes so much sense for the city. Sponsored by Harley Davidson, it’s an indoor invitational that connects motorcycles and builders to fans and riders and features over 100 motorcycles from builders of all calibers—flat-tracker, hill climber, chopper, and bar hopper. But motorcycles are the door to an entire weekend of events and that includes some cool music.

The Cactus Club in Bay View has a pre party tonight with Then Lizzy, Ratt Trap and Tuff Pups priming the engine for Saturday’s official event. Also tonight, Fuel Cafe in Walker’s Point also has the official pre-party at 6:30pm during their Two Wheel Thursday featuring motorcycle builders and 88nine’s own DJ Amelinda on the decks spinning gritty garage rock. You might opt to stay at the Rave for the official afterparty on Saturday featuring Weedeater, ONE (a Metallica cover band), Bleed, Happyneverclear, Sex Scenes and Mom’s New Boyfriend. And if you ain’t ready to go to bed you can also check in at the Cactus Club for the after-after party with Banditos, Dusk and Easy Habits later Saturday night.

Motorcycles take center stage this weekend with a bevy of events and some juicy afterparties...

The events get into gear this weekend with Flat Out Friday, an indoor, flat track, motorcycle race on a Dr. Pepper soda syrup surface! The dried syrup will allow the bikes to stick to the floor for maximum traction and speed, but who cares, that just sounds cool. Mama Tried Show is a weekend indoor invitational showcasing homebuilt, and unusual race and street motorcycles from the Midwest and beyond.

On spectacle alone, I think seeing motorcycle racing in this context looks mad-interesting but when you add music and other events into the mix, you almost have to look at it like a mini festival. There’ll be a pre-race concert with Holy Shit!, Beggar, and Twelves and after the race, the party gets down to business with the post show at Turner Hall.

DJ DRiPSweat (MKE) opens the show and she’ll be difficult not to dance to. Oozing Wound (CHI), blends their own flavor of thrash and stoner riffs and headliners Atomic Punks, a tribute to early Van Halen, the David Lee Roth era; capturing the note for note performance and feel of vintage Van Halen.

The after after party continues in Bay View at the Cactus Club  Mama Tried After Party with Low Roma, Miguel Corazon, Big Brother, Mikey Fast Life, and Kenny B. Wagin. 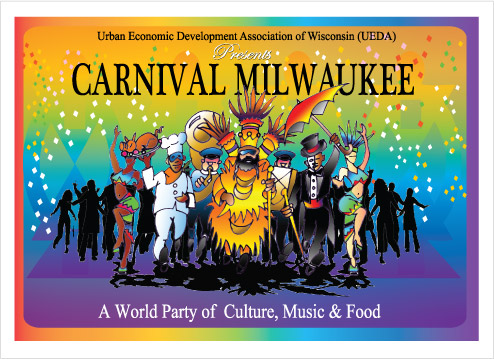 In the middle of all the motorcycle madness in town, UEDA is giving the world’s biggest party a Milwaukee sendoff at the Renaissance Place on Prospect on the East Side this Saturday. The event helps raise funds for UEDA’s collaborative work in areas such as sustainable homeownership and housing, regional transportation, small business growth and the local food economy. It also features food from area restaurants and of course, music. It ain’t Carnival without music and Milwaukee’s best Latin dance band, De La Buena will pepper an otherwise spicy evening with some hot tropical jams and yours truly (DJ Marcus Doucette) will run rhythms on the turntables till the event ends.