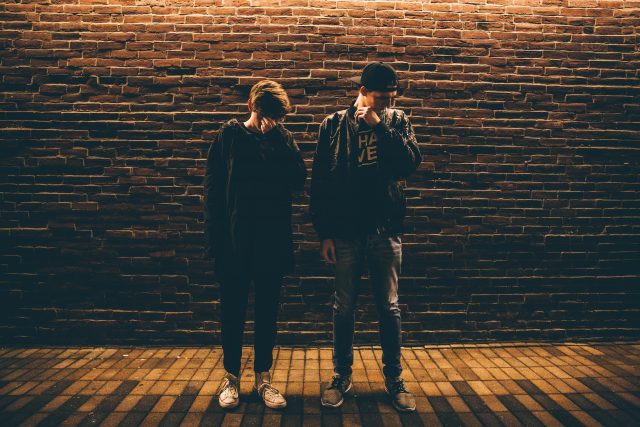 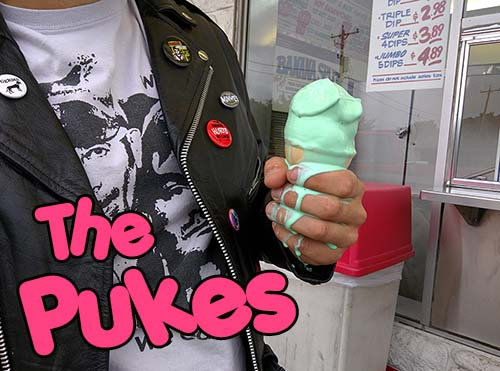 Milwaukee boogie woogie rockers, The Pukes have teamed with 91.7 WMSE for the release of their new album The Revenge of The Pukes this Friday at Company Brewing in Riverwest. Personally, I love their sound; a fun, upbeat jam that hits their seam with a polished tightness perfect for setting off a party. Though their new release is the night’s anchor, the lineup for the night isn’t one that you should take lightly; Devils Teeth is another band on the rise and from what I’ve heard this high energy garage rock trio can really get at it and Avenues is another band that will keep the house a’rockin.

As the week ends it's time to think about the weekend...

Taking their name from an obscure Frankish king, Louis the Child is certainly better known these days as one of the better EDM outfits. Certainly a love of ours at 88Nine, the Chicago based duo is kicking the weekend off this evening at Turner Hall with a sound aimed at making people happy and if you’ve heard their catchy-as-hell song “It’s Strange” then you already know what I’m talking about. The 2015 viral hit took the duo from their dorm room to the biggest stages in the country and a future that seems exceedingly bright. Find out what the buzz is all about and get your weekend off to a nice little start.

Honestly, I have no idea what this show will actually sound like but the thing with the MDMQ is that all the people involved in it make dope music. MDMQ is like that dish that you’ve never had but try because the ingredients are so good that you just feel the need to try it out. Composed of an all-star lineup including  John M. Goelzer (BTS WRKNG), artist Brian Holoubek, DJ/maestro Old Man Malcolm Michiles and Jason Todd (of too many dope projects to count,) I am beyond intrigued by what sorts of sounds they’llcome up with. Also on the bill, Time Constant and Tarek Sabbar. So if you like to make musical discoveries and are looking for a show that’s a bit different than the usual, I’d check them out at the Cactus Club this Saturday.

Milwaukee’s highest profile benefit for children with cancer is back for its eighth season this Saturday at Turner Hall. The Pablove Foundation has raised millions over the years to improve the lives of children with cancer, helping fund research on the dozens of forms of the disease that afflict children worldwide. This year’s Pablove benefit, as in past years, puts a nice little lineup of musicians together with this edition featuring Goran (of The Gufs) with Willy Porter, KT Tunstall, Chris Porterfield and Brett Newski. Concerts with a conscience are always great ways to celebrate and contribute to great causes. Check it out.

Fans of dark electronic music should definitely check out what Demix is doing. The Demix is Milwaukee’s premier curator of a scene that doesn’t fit in any seam and after a brief hiatus, is back to putting together showcases of some of the city’s most creative and unparalleled producers under his banner. This Saturday, at Quarter’s Rock ‘n Roll Palace MELT features dark techno producer Construct, a brand new trip hop project from Piñata, UK-born producer and Milwaukee scene veteran Fortune, and as well as his own fresh self.