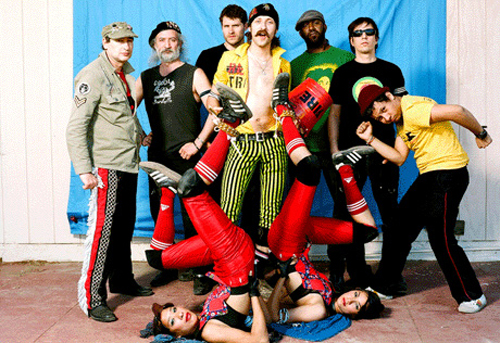 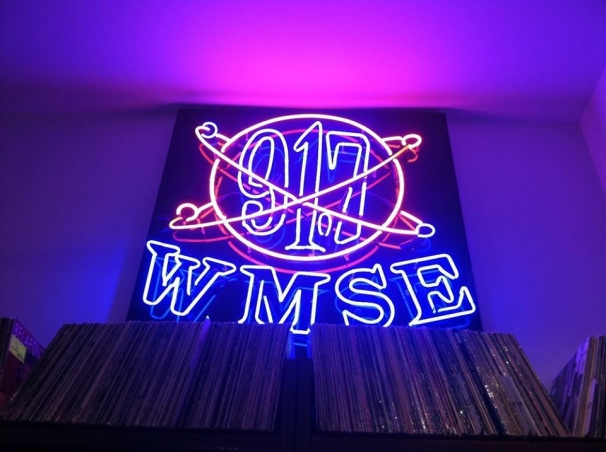 It’s possible to have more than one love right? I must admit I’m little biased here. Even though I’ve been here at 88Nine for the life of it, I did in fact get my start on 91.7 WMSE. The station continues to be a beacon for independent radio lovers. And 35 years is impressive, especially given that it is a labor of love for many of its DJ’s who represent the spirit of classic radio and provide high-quality specialty shows for their fans, while repping the MKE in a way that’s different from Radio Milwaukee — although just as true.

Well, this weekend there are a couple of fun events to help WMSE commemorate their 35th. Tonight, WMSE legend Paul Cebar teams up with his old band The R&B Cadets to pay tribute to the station in a show at Turner Hall. The Seigel-Schwall Band opens. Saturday’s main event is a blockbuster: The Benjamins, The Crosses, Skiptraceer, Feck, Moloko Shivers and The Mighty Deerlick will all take the stage at some point when WMSE celebrates in grand fashion at Turner Hall.

When Maurice White, the lead singer and band-leader of seminal ’70s funk and soul outfit Earth, Wind & Fire, passed away last month, we were pretty sad about it. We also spent most of that early February day celebrating his life and music on the airwaves. Tonight, you can see the rest of the band turn it out at a huge show with classic rockers Chicago at the BMO Harris Bradley Center. If recent performances are any indication of the condition of the band, be ready to hear a group that can still kill a great groove and rock an arena right down to the ground with epic dance jams.

3. Good Friday? You bet! The return of the Rusty Pelicans

For a while, it really looked like the Rusty P’s were defunct. Times were changing. Hip-hop was changing. There wasn’t much music coming out. And the members of what was once a premier Milwaukee hip-hop act all seemed to be moving in different directions. Really though, this was playing out with almost all the hip-hop that was on that boom bap and the new hip hop was sounding so young and pop-driven you could just feel the sand shifting.

But the P’s were never truly done. Eventually the music started flowing again, easily as good as it ever was — and for me, a step and a half stronger. It always seems that of all genres, hip-hop groups rarely seem to keep the fires of their youth strong in a way that is musically relevant. So, props to the P’s for doing just that. Evolving from a young crew grand in ambition, the Rusty P’s now feel like a group that has less to prove and more to show. And I wouldn’t miss their show this Friday at the Nomad on Brady Street, especially given they’ve also got our very own Jordan Lee aka “DJ Madhatter” Dj-ing Native Tongues and A Tribe Called Quest jams. RIP Phife Dawg. Ten years ago, gypsy-punk pioneers Gogol Bordello were a young band struggling with the reality that their grand ambition to bring Eastern European music to wider audiences was in dire need of a breakthrough. Fate, however, was definitely on their side. Their 2005 release “Gypsy Punk: Underdog World Strike” would become their pièce de résistance — an anthemic and boisterous statement that captured the essence of a band built for stage more than studio. And 10 years later, Gogol Bordello is on an anniversary tour of the album that helped break them. They’ll headline this Friday night at the Pabst Theater.

Milwaukee sister act Vic & Gab always had a sound built for radio. Full of sunny pop sensibilities that could carry their sweet, innocent voices to a place that showcased their lyricism and harmonies. I can say that because we’ve played, and continue to play, plenty of their music here on 88Nine.

Even though “Vic & Gab” no longer exist, the sisters have stayed together.  Their old sound bred success. But as they’ve gotten older (less young really), I suppose it’s only natural they would also find it confining for a duo that continued to grow and evolve even as their fans had come to expect a certain sound. So after a brief hiatus, sisters Vic and Gab have returned as REYNA, like a phoenix from the ashes of their past. If you’re like me, you’re probably really curious what their new sound is like and their show at Cactus Club this Saturday should be dope.

The weather might not know what it’s doing, but you sure can…