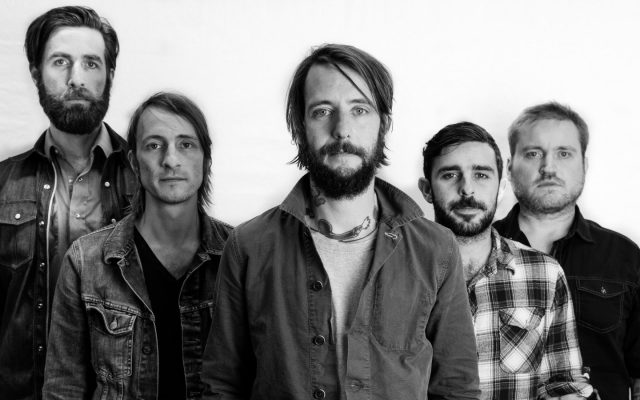 No No Yeah Okay + The Quilz + The Braided Janes

No No Yeah Okay and The Quilz, a pair of Radio Milwaukee favorites, have a show tonight at Company Brewing in Riverwest. In my opinion, this is a good pairing, both outfits have a type of electro pop vibe that is unafraid of going into strange territory. No No Yeah Okay’s sound is lush, beat driven electro pop while The Quilz seem to work danceward in their explorations. Chicago’s The Braided Janes are also on the bill and their bilingual post punk latin rock is an interesting x-factor because I like all of those things and yet, have not seen the band play. Interesting evening indeed.

Fall is in the air and on the ground, but summer is still around so... go out.

Seattle rockers Band of Horses are in town tonight, headlining a show at The Rave in support of their new album Why Are You OK. For some reason, I feel like Band of Horses’ latest offers a different look at the band, one that’s less biographical and more immediate. I just have a feeling that the whole vibe has shifted for the group and this show should be an interesting look at where they are going. Also on the bill, Wild Belle.

Tonight at 7pm @ The Rave On the heels of their last EP and emcee A-Prime’s solo debut, local hip hop crew AUTOMatic is set to release a new album this evening at the Cactus Club in Bay View. Marathon will be their first full length album since 2012’s Art Imitates Life and honestly, I’m pretty curious to hear what this group has been doing in the gap. AUTOMatic says Marathon is what they’ve alwys been about; Soul/Jazz sample-based hip-hop with timely lyrics and universal appeal. Also in play are locals Vincent VanGREAT, El Shareef and Sound Travels collaborator DJ Optimist. If hip hop is what you’re looking for, the scene is in Bay View tonight.

Reggae takes stage this Friday at Turner Hall as Rebelution hits Milwaukee. A dozen years in, Cali roots reggae act Rebelution’s career finds them musically fit on their fifth album Falling Into Place. An album that once again shows their ease within a framework of dynamic and hypnotic threads of alt-rock and pop, retro-funk, blues, dub, even traditional Middle Eastern strains into their own particular brand of reggae. Filipina reggae singer Hirie opens the show with her own breezy style (plus she’s our download of the week!) Looks like nothing but good vibes at Turner Hall Ballroom to kick off the weekend. 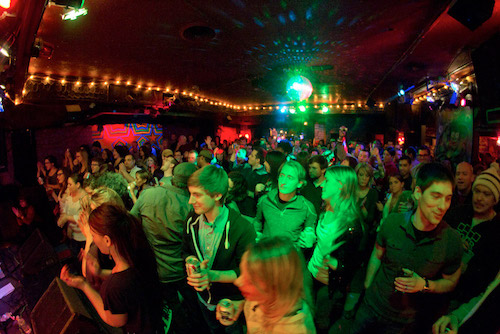 The Get Down might just be Milwaukee’s longest tenured DJ night, and for good reason—they’ve got what must be the dopest, rarest collection of funk and soul in the area. They put it to the test at their monthly shing-a-ling at Mad Planet in Riverwest with predictably devastating effects. Really, kind of an awesome sight to see a dance floor packed with peeps over unknown soul anthems and rarely heard grooves. This month they’ve even picked a theme that in their words is “uplifting northern soul, deep funk and demure 80s, stunning sounds delivered with the alacrity and urgency of the female register.” That’s right, this one’s all about the ladies of soul and would make an excellent introduction to the crew that is once again saving their biggest show for New Year’s Eve at Turner Hall.