5 things to do this weekend | November 30th-December 2nd

5 things to do this weekend | November 30th-December 2nd 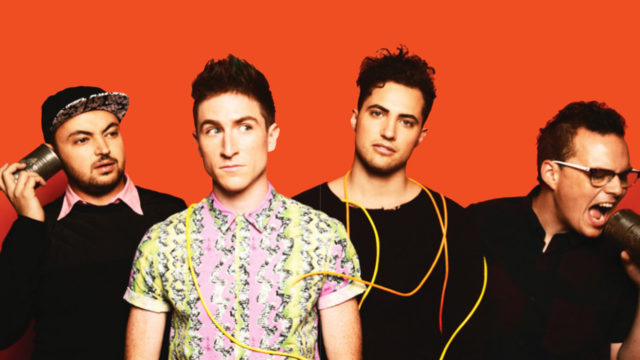 Little known fact: the brothers of Eagle Trace come from a beer-making family and have their own beer. That, plus the fact that Eagle Trace the band makes some of the best local music might pique your interest enough to check out the whole shebang they’re having this Friday at their EP release show at the Cactus Club in Bay View. Eagle Trace will be dropping their Rival EP and Cactus Club’ll serve their Eagle Park Beer with special guest openers The Missing Letters also on this sudsy bill.

Just because winter's chill is setting in doesn't mean you have to chill...

Despite this being a show sponsored by 102/1, I have to give the three day Big Snow Show some props this weekend’s trio of events. Well worth checking out with more than a few of the headlining acts that are also in 88Nine’s wheelhouse; Friday sports a lineup with 88Nine faves Walk The Moon and Foster The People while Friday is a bit more 102/1-ish with Paramore, Dashboard Confessional and The Wrecks. Meanwhile, Saturday is another round of bands we championed early and often with the lineup of Phoenix, Cold War Kids, Lord Huron and Welshly Arms.

The musical influences that helped create the Big Wu were loud, large and heartfelt. And, over the 25 years, this Minnesota troupe has stepped into the role of creating the type of music that wants to course through your veins. Writing in truly American styles, the Big Wu slides, bends, rumbles and chicken-picks with on the top intensity and good-time fervor. Get there early for some groove worthy opening acts as Chicken Wire Empire, Jason Fladager and STEEZ set the stage as opening acts.

You can solve this simple equation by multiplying two Milwaukee bands by one from Chicago and the solution is… Duh! It’s my local(ish) show of the weekend featuring locals Faux Fiction and Hello Death and Chicago outfit Half Gringa. They’ll be putting on a seven-buck show this Saturday at the Cactus Club in Bay View and it’s intriguing to me on a lot of levels. The most important reason for me is how different each act is from each other and the show should bring strange bedfellows together for something stronger than the sum of disparate parts. If you like variety and like it from solid bands, this is a good show to get for.

VoodooHoney presents: The Women of Jazz

Perhaps a not so well-known secret is that Riverwest’s Company Brewing has supper club events with live music as you dine. This month, they’ve teamed with VoodooHoney Records and are celebrating the music of Billie Holiday, Ella Fitzgerald, Nina Simone, Sarah Vaughan, Lena Horne and many more with local singers Kyndal J. Music, B-Free, Amanda Huff, Johanna Rose lending their voices to classic renditions. A great date night idea, start to a night of more partying or a main course; you decide…