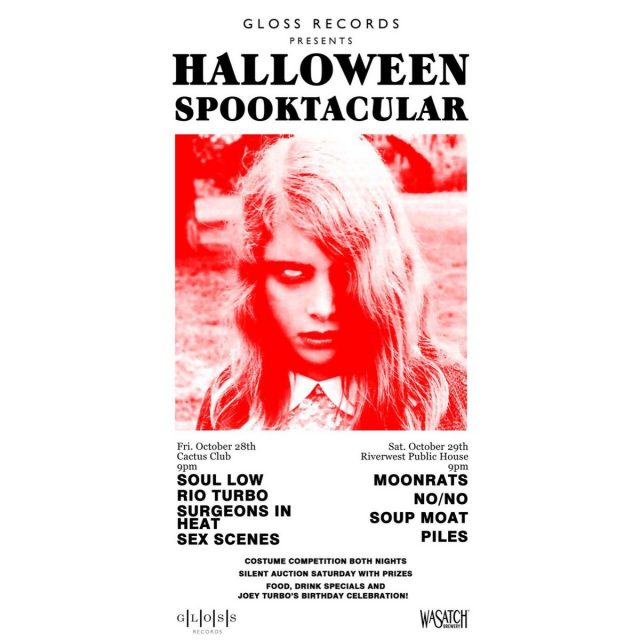 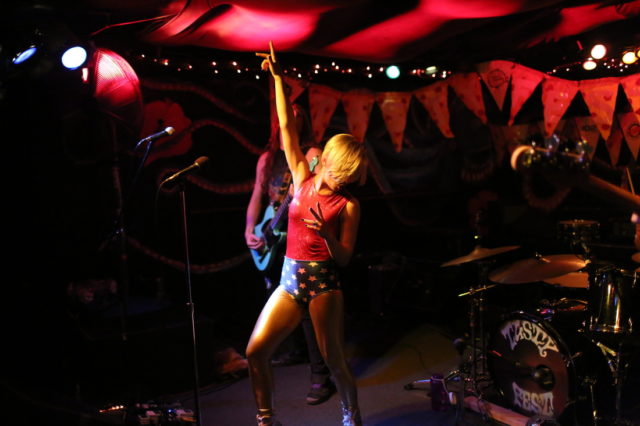 If you’re headed to Bay View this Saturday, check out glam-rockers Tigernite, who are having a Halloween-themed show at Club Garbaldi with Midwest Death Rattle, Sin Bad and DJ Freshluggage. In many ways this is a standard Halloween party with music and a costume contest, but then again, Tigernite is headlining so expect the unexpected.

It's Halloween weekend and that means...

…it’s time to get dressed in your best costume and kick it. Even if costumes aren’t a part of your plan, there’s plenty to do before the weather turns wicked…

Local record label Gloss Records is rounding up its forces for a pair of nights celebrating Halloween this weekend at the Cactus Club in Bay View and Riverwest Public House. Tomorrow night kicks off the festivities at Cactus Club; costume contests, a raffle with prizes donated from local businesses to go with a nice little lineup featuring Soul Low, Rio Turbo, SURGEONS IN HEAT & Sex Scenes.

The party picks up again in Riverwest on Saturday at the Riverwest Public House; with a similar set up of costumes, raffle and prizes and features NO/NO, Soup Moat, Piles Milwaukee & MOON RATS.

As it turns out, Riverwest is a good place to be on Halloween as four venues on Center Street (The Jazz Gallery Center for the Arts, Club Timbuktu, High Dive and Company Brewing) open their doors for performances by The Fatty Acids, Lorde Fred33, Awkward Terrible, Airo Kwil, Zed Kenzo and others for the second edition of the annual Nightmare on Center Street (festival ?); making it a nice one-block stop for a spooky spectacle. Company Brewing is also holding a special screening the 1915 silent film Alice in Wonderland scored by the DIY Chamber Music Presents. Earlier this year, Schoolboy Q released his very good new album Blank Face LP. This weekend, his world tour hits Milwaukee in support of the record and he’ll be joined by Joey Bada$$  for a show at The Rave this Saturday. If you’re looking for a show you don’t need to feel the need for the obligatory costume, this is your best bet. Plus, could be the last best hip hop show in the area till 2017.

Saturday at 8pm @ The Rave

A night of covers at Linneman’s

ELO, Weezer, AC/DC and Coasters get the cover treatment this Saturday at Linneman’s in Riverwest as members of bands like Midnight Reruns, Phylums, Slow Walker, Bad Wig, Midwives, Thriftones, Micronics and Sat. Nite Duets put on their pretend suits and do their best imitation of the aforementioned bands.