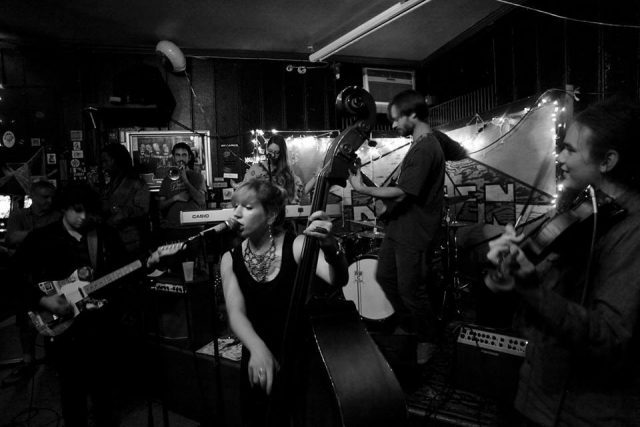 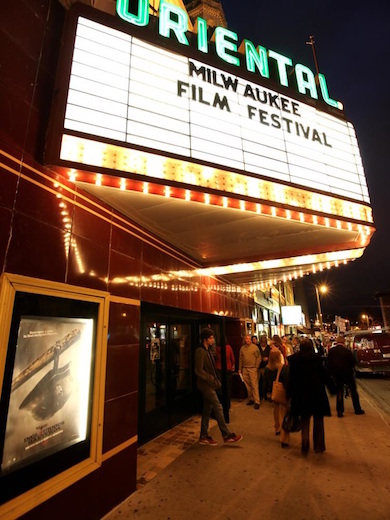 The Milwaukee Film Festival is running at full tilt and if you haven’t done your civic duty and seen some cinema, then this weekend might be the time to strike. And really, our little film festival is pretty special for the city and they do a tremendous job putting it together. That said, there are a ton of options this weekend, something for everyone. Here are a couple I’m going to check out…

New Boyz Club, one of Milwaukee’s more buzzed about bands, is making their intentions clear this weekend with a proper album release party at Company Brewing in Riverwest. Friday night’s show is one of the better opportunities to get to know a band that has seemed poised for bigger things for some time. Led by upright bassist JoHanna Rose, New Boyz Club has a sound that’s as hard to define as their shows are fun; freewheeling with a studied tightness, they excel in a live setting and have array of songs that are seriously dynamic and build to such a frenzy that the catharsis feels tangible. Actually, that they’re sound has been called “glitter folk punk, gypsy jazz fusion” seems an apt description.

The rest of the lineup is noteworthy with Hello Death, Fox Face and SistaStrings all in the night’s mix. 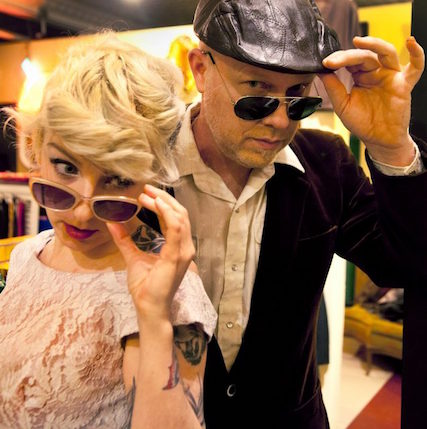 The Quilz, our guest for this week’s 414 Music is also hosting a show in Bayview this Saturday at the Cactus Club. If you can’t make today’s free show (5pm at 225 E Pittsburgh Ave) you can still hear the session live on our airwaves and their show this weekend could be a good option. Sage Schwarm and Becky Heck, the duo that is The Quilz make some crafty music that tends towards electro pop and bends in other interesting directions that keep their classification a bit wider than simple labels. They have also stayed steady on the way to what seems like a new single every month, all of them worth more than a listen.

They’re sharing the show with the always high energy Testa Rosa, another 88Nine favorite, and a band I’m unfamiliar with called The Braided Janes; definitely a good option this Saturday night.

Saturday at 9pm @ The Cactus Club

Once, long ago, I truly thought I didn’t like mariachi music, I think I thought it was corny Mexican style polka, old people music. Which is silly, and though I am older, I love seeing some good mariachi music and if you’ve seen a live mariachi band you’d probably agree. A good mariachi band is infectious, it gets into you and has you grooving before you even know it, literally hard to resist.

The hardest part is getting a chance to check it out without going on vacation. This Saturday the vacation is coming to town as Mariachi Vargas, one of the best big mariachi touring bands is coming to the Riverside Theater for a rare appearance. They’re touring with Yolanda Del Rio, who is one of the best ranchera singers. With an international rep as “the best,” they’ll take over one of our premier venues for a night that’s probably off your radar for no good reason. Go check them out, I bet you like it a lot.

Saturday at 7pm @ The Riverside Theater

Speaking of stuff I used to think I didn’t like… The Grateful Dead used to be anathema for me, and it wasn’t so much the music as the whole scene of it. Then I just sorta hated it because I was stubbornly clinging to the position because it was my position. Like so many things, I got tired of being clichéd hating something I thought of as cliché. That, and the fact that there were tons of Dead songs I had to admit I actually liked.

Jerry’s long gone but you can still get the experience of a Dead show when Dark Star Orchestra recreates the Dead concert experience with uncanny verisimilitude. They’ll be at The Pabst Theater on Saturday in what seems like an annual visit to the town and is a safe bet for a good time.