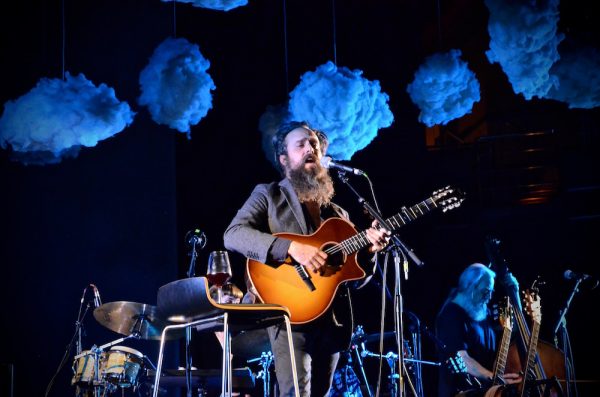 1. A long, usually allegorical verse narrative in which the characters are animals with human feelings and motives

2. A Grammy-nominated album by the band Iron & Wine.

“Beast Epic” is Sam Beam’s sixth proper full-length record as Iron & Wine after a four-year gap to critical acclaim. Using the warm acoustic instrumentation of his early work and some of the most moving singing of his career. If you’re up for a big show with a good feel, this should be your Thursday night ticket. 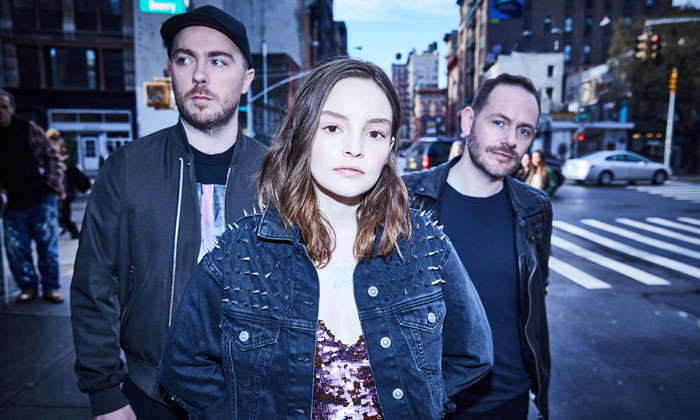 CHVRCHES is Lauren Mayberry, Iain Cook and Martin Doherty. They just dropped their new album “Love Is Dead,” following their top 10 debut “The Bones of What You Believe “and its top 5 critically acclaimed follow up “Every Open Eye.” Over the course of their career, CHVRCHES have played countless shows worldwide, with each tour’s production reaching new heights and leaping towards the top of festival bills. This band is good and getting better. Watch it happen tonight is what I’d suggest.

Thursday at 8 p.m. @ The Riverside Theater

From Iron & Wine, CHVRCHES and Hippo Campus to some other local flavor

Ever wonder why Oktoberfest is celebrated in September? Oh well, it’s October now so you probably missed it. Luckily there’s plenty of other things going on this weekend in Milwaukee.

Trying to describe local landmark, sax playing sartorial savant and inordinately talented Milwaukee-born band leader Jay Anderson is like trying to answer a rhyming riddle with a haiku, knowing it’ll only get you halfway there. In any case, you’ve probably heard of or at the very least, seen Jay. His list of leading roles and collaborations on the Milwaukee music scene is exhausting. From leading his own production company VoodooHoney to his hundreds of shows, releasing at least fifteen albums, dozens of productions while befriending what seems like most of the city outright and charming the rest—the man needs a vacation!

So that’s what’s gonna happen as he hits the road to eat, travel, live, write and probably enter a chrysalis that will see him become an actual butterfly. Say what you will, but the city and the scene will be poorer without him. Fittingly, he’s invited some peeps to come out and tell some embarrassing stories and jokes and hip DJ’s Tarik Moody, Don Black and Bumbac Joe will be playing tunes all night. Even if you don’t know the man, it’ll be a dope night of good vibes, good stories and good music.

Who’s first job out of high school high was to start a band, head to SXSW, build a buzz and perform on Conan? Hippo Campus, that’s who.

They started high and have continued to rise to the forefront of their genre on the backs of relentless touring and the strength of their debut album “Landmark.” After releasing an EP in 2017, they’ve continued to grind and their sophomore LP, “Bambi” sees them shifting lanes from bright classic indie into a more a more hipster, atmospheric indie-rock vibe. If you liked them before, you still will. And if you’re like “Hippo what?” you should check ‘em out because I think they’re here to stay.

If you like your country music with a bottle of whiskey and a bit of bite to it, you should definitely check out Sarah Shook & The Disarmers at the cactus Club this Saturday. Their original songs tread timeworn themes; ugly relationships, bad decisions and excessive drinking without apology.

With an eclectic mix of traditional roots sounds, fast-paced punk and rock riffs, and soulful lyrics, Milwaukee’s S.S. Web sets the pace for the show and fellow locals Driveway Thriftdwellers set the evening into motion. Bay View looks like the place to be this weekend.