You Should Know: Basia Bulat

You Should Know: Basia Bulat 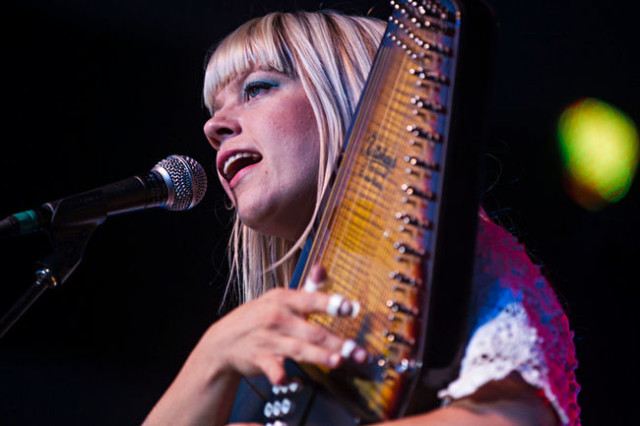 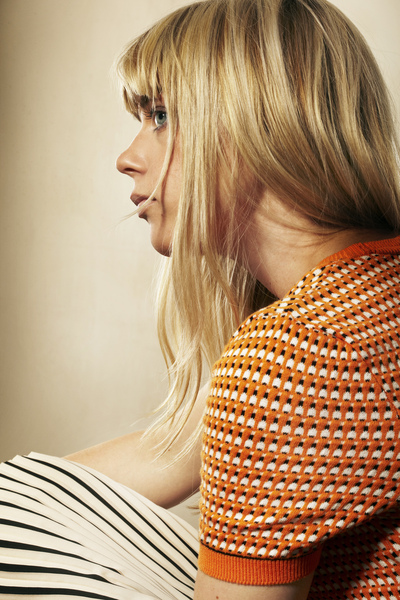 See Basia Bulat live when she comes to Milwaukee.

When: Thursday, March 10 Doors 7pm/Show 8pm
Where: Back Room at Colectivo on Prospect
Tickets: SOLD OUT

I started playing music when I was three – I was born into it. My mom teaches piano and classical guitar. I started taking piano lessons at the age of three, almost four. It was a Suzuki Method. From there, I tried to play anything I could get my hands on. I was in every kind of school choir, stage band. I was playing flute, saxophone, bass – I was trying to do everything I could.

Did you play music with your family?

Yeah, actually. My brother played drums on my first three records, just up to this new record that I made in Kentucky. He and I will play together again for sure, he’s a great drummer.

I’ve been to Milwaukee a few times opening at the Pabst Theater and at Turner Hall. I think about that grandeur of the theater. Usually as a musician you don’t get to see as much of a town as you like, but you get the energy of the city based on the room. That was a very special show when I opened for Tallest Man on Earth this past summer. And just walking around with the Wisconsin boys in his band was really, really fun. They talked a lot about Wisconsin and it was really fun. That’s what immediately comes to mind.

Did you know that we have a Polish Fest? You should play it!

I actually did. Give ‘em a call for me, I would love that. That would be amazing. I do sing a couple songs in Polish. I am trying to make a polish record but it’s just a matter of getting the time to get back to Poland to do it. A couple years ago I was in Warsaw for a good part of the summer just working on it. It is a project that will be completed some time.

No matter what, you’re going to grow and change. I’ve always been interested in doing something I haven’t done before. Working with Jim [James of My Morning Jacket] on this record, and going to Louisville and working with a group of people I had never played with before and making a record on the spot was a really exciting idea and thing to do. That is already a big thing. I made all sorts of records in Montreal [she is from Canada], and then I just decided to go far from home and work with a bunch of people I admired, but I didn’t know super well until we got into the studio. That’s exciting.

The songs were already written. In a way, the songs were kind of asking for the kind of arrangements that we had, but it was really fun to get in the studio and play around a little bit and see what kind of magic we made.

Every record is going to be different no matter what. You can’t make the same record twice if you tried – at least I can’t!

Now it’s just a matter of staying out of your own way and letting those changes happen.

It was great. He’s a good bud and he’s such an open and positive force. Being in the studio with somebody who is as interested in exploring a lot of different things and really positive – it was just a really good experience for me. Obviously his music I’ve loved for years. Singing with one of your favorite singers on the other side of the room listening to the playback is really inspiring, too. It’s gonna make you sing pretty good, I think. He’s one of those people that would never make you feel intimidated.

4.  Your lyrics feel very personal and honest. Are they based on real feelings and events?

I would be surprised  – I think even people who say they write in character, it’s still a fairly personal thing for them. Even my favorite writers, artists and songwriters, even someone like David Bowie who had so many identities, you still knew that it was coming from somewhere real.

Every time I’ve tried to do something different, it hasn’t worked out. Music keeps finding a way to creep into your life. When it’s holding onto you, you realize you’re not going to shake it.

I’ve been a musician for 10 years. I haven’t been home long enough in that time, but I totally would. One of my favorite singer-songwriters ever, Harry Nilsson, he didn’t quit his job. He was making records that sold thousands and thousands of copies and he was still working at a bank, if I remember that correctly.

I have actually been thinking about that a lot. When I am home, the short time that I do have, I’m usually doing some kind of volunteering. I used to do a lot of youth-oriented arts programs, but I’ve been on the road now for six months. You do start to miss it, you do start to feel a little disconnected. I think it’s important to feel connected in some way.

How do you even have time to write a new record?

If you want to make time, you make time. Whatever is your priority, you’re going to make time for it. For me, it’s balance. In any kind of job – I don’t think it’s only tied to music. A lot of people in so many different kinds of work, they struggle finding that kind of balance.

With music, you can’t help yourself, you’re just writing. I like touring. I’m in a lucky spot where I can do the thing that I love. I try not to over think it too much.

Every time I’ve tried to do something different, it hasn’t worked out. Music keeps finding a way to creep into your life. When it’s holding onto you, you realize you’re not going to shake it.

Enter for a chance to win one of 5 pairs of tickets to an intimate Studio:Milwaukee performance by Basia Bulat in advance of her sold-out Back Room concert! ENTER HERE.

Listen to Basia Bulat below. More info at: http://basiabulat.com/