You Should Know: PWR BTTM

You Should Know: PWR BTTM 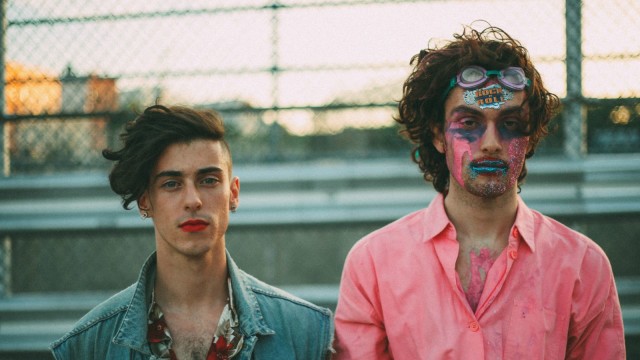 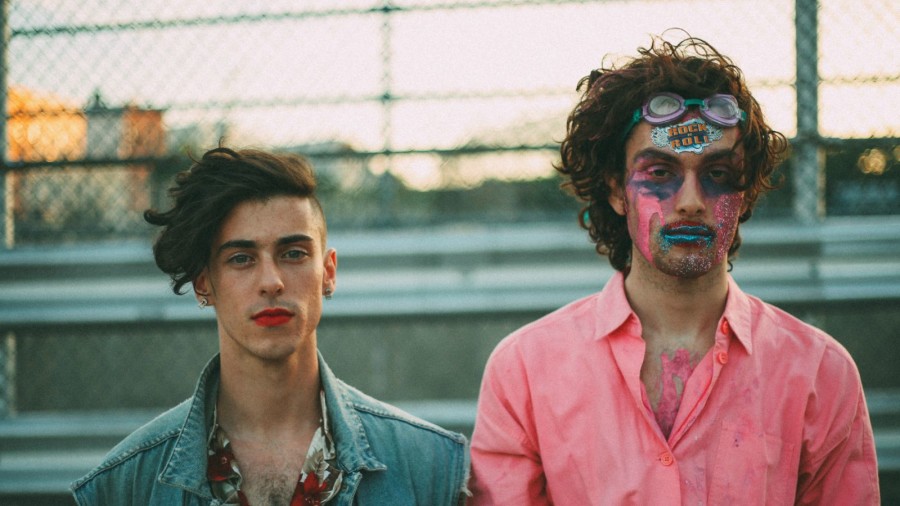 Where they’re from: Brooklyn, NY

What we’re spinning: “I Wanna Boi”

An interveiw with PWR BTTM

Garage-punk duo PWR BTTM consists of drummer Liv Bruce and guitarist Ben Hopkins. Since they met at Bard College in New York, they’ve been cranking out sassy and catchy, yet poignant punk jams that explore themes of queer and youth culture. Radio Milwaukee recently talked to them about their origins as a band.

1. How did PWR BTTM get started?

Liv: No, it got started before Uber. I was grown in a lab in the 1970s with the sole purpose of ruining Ben’s life and looking better than him everyday.

Ben: Yeah, he convinced me to learn guitar and play in a band, and it’s all been downhill from there, pretty much.

Liv: I hibernated in my pod ever since 1976 ’til late 2011 and once I was fully nourished, they released me. Then I began looking in landfills and dumpsters and unlicensed beauty salons and eventually, I found Ben and he was the single ugliest person I’ve ever met.

Liv: But actually, we started when we were in college. I had been holding on to the name “PWR BTTM” for a while and then I asked Ben to do it, and he had nothing better to do.

I found Ben and he was the single ugliest person I’ve ever met.

Liv: It’s funny. It’s memorable. I do think there’s something kind of poetic about it. A writer who we talked to earlier this year said – and I love the way he phrased this – that it’s appropriate to us because it describes someone who reverses expectations of how gender and sexuality are supposed to operate, and does so mightily.

3. Why did you want to start making music?

Ben: There was direct reason, which is that there was a queer and female-fronted festival that was being put on by a friend of ours, and the festival didn’t actually end up coming through.  It was initially like, we’ll do a show as a queer band but as we sort of investigated the project more, it became something that was more like, yes, we’re queer people, but we’re just making music. To make a band or a project as queer felt like a cool or rare opportunity, to explore that part of ourselves. It’s not like we sat down and said “That’s what we’re going to do!” It was really because of the festival.  The follow through on it was really because the project became interesting. And I wasn’t really openly queer until I started playing in PWR BTTM. That was quite a way to come into the world.

4. There’s such honesty and empathy in the song “C U Around.” What does writing and performing a song like that do for you?

Liv:  I think that with writing that song, it’s primary function was for me to clarify what I wanted to say to that person. Right after I first started writing that song, I actually called the person that’s about and just played it to him on speaker phone. And he was like “That’s really good,” and I was like “Word.” And then performing it, I experiment with it a lot. Sometimes, I just focus on the technicality of playing it, and sometimes when I perform it, I just try to think about the first time I wrote it and try to get back there.

5. Let’s talk about the song structure of “I Wanna Boi.” Your verses are specific and well thought out, and you have a great story going there. And then it jumps into the big, gigantic hook that you can scream and sing along to.

Ben: Like the “1-2-3?” I think that was my pathetic contribution to the song because that was the first song that I’d ever played drums on and I would count it in because I needed to count it in to do it right. Then we just started yelling it because it was funny and now it’s one of those things that at our shows everyone yells along to.
Liv: Also, when we were recording it, we got Alex Luciano and Noah Bowman from Diet Cig to sing it with us.