You Should Know: Calexico

You Should Know: Calexico 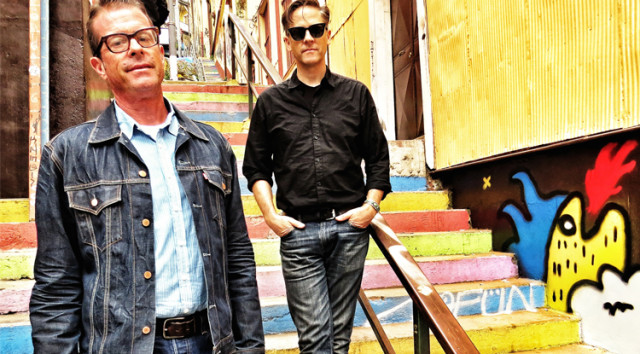 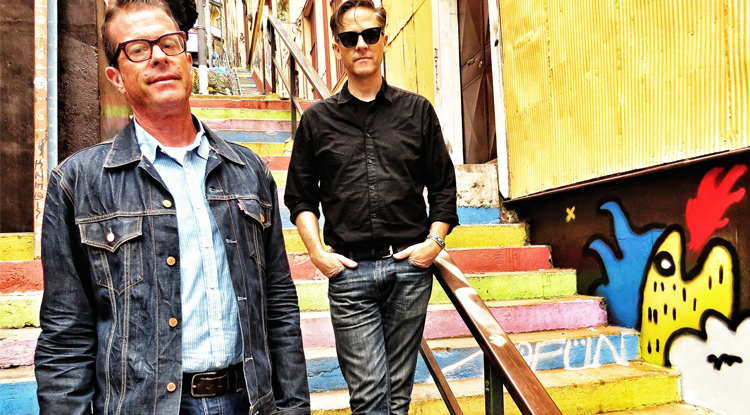 When: Sunday, Sept. 20, 2015
Where: Turner Hall Ballroom
Also: Tune into 88.9FM or stream Sunday at noon for a Studio:Milwaukee session and interview with Calexico — live from our performance space.

Calexico is celebrating its 20th anniversary as a band with a tour that includes a Milwaukee stop. We caught up with founding member and drummer, John Convertino.

Calexico has been playing together since 1996, previously with Giant Sand.  Can you tell us about that project?

I wouldn’t call Giant Sand a project, it’s a life style. Howe Gelb is the Grand Poobah of Giant Sand, he brought me into the band because I moved into the second floor apartment from the third. He was on the first and figured since my floor was his ceiling that was the right omen for me to play drums in his band. There was another drummer across the hall, and he thought that he might be the drummer too….that gives you a little idea of how he works.

Any bands prior to Giant Sand?

I played in a bunch of bands….The Insect Surfers are still together and making music, I played with them whilst living in LA, also this amazing band called The Continental Drifters — I would fill in when their phenomenal drummer couldn’t play. They just recently released a double cd of demos they recorded before breaking up, they have reunited to play some shows, they are so very good.

Q. If your sound was a food, what would it taste like?

If you had a dream musical collaborator, dead or alive, who would it be?

You have collaborated with many popular artists like Iron & Wine, Neko Case, but some lesser known international artists as well. Can you tell us a little about Takim, Amparo Sánchez, Carla Morrison?

Takim is associated with Lizard Sound Studio in Athens, Greece.  When we had a day off there, we were able to record with them, and do a live performance video of an old song of ours “Stray,” which is popular there because of a TV show using it as a theme. They were super open and fun musicians to hang out with and make music with.

Amparo is an old friend of ours for many years. She came to Tucson to make a record, and completed it in Havana, Cuba with Joey and I. We met Jairo Zavala through her, he was her guitar player when her band Amparanoia was playing in Spain. I’ve never met Carla Morrison, she sounds amazing on our song “Moon Never Rises.”  Sergio Mendoza, our keyboard player, was able to contact her and ask her to sing on the song via the inter web digital recording magic.

Your world-traveled music seems to have created a peerless and borderless genre.  What do you enjoy the most about world music and international collaborations?

I think the sense of community, and that we are all connected no matter where you’re from.

Do you have a bucket list venue or festival to play?

Well… I would love to see more western music find its way to places like North Africa, or Iran, and maybe play there. I would like to play Mexico more and Japan.

What comes to mind when you think of Milwaukee?

Beer. My Dad would drink Old Milwaukee Beer after mowing the lawn.

Thank you! Any last words?

Looking forward to playing Milwaukee, the last time we played there was with Neko Case, the club burned down the next day, so hopefully that won’t happen to your beautiful Turner Hall.