You Should Know: Fantastic Negrito

You Should Know: Fantastic Negrito 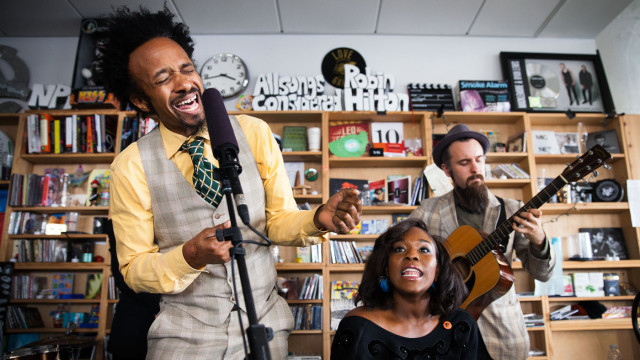 I love the music of Fantastic Negrito. I think you should know him — and maybe love him? — too. Below are excerpts of my interview with him. To hear the entire interview, click on this player.

How did moving to Oakland, California shape your music?

The creative vibrations, the hotbed of creativity and the passing of my Dad combined in a violent way and really impacted my music.

How long have you been making music as Fantastic Negrito? [His real name is Xavieer Dphrepaulezz]

I’ve been making music as Fantastic Negrito for two years. Two years ago, Fantastic Negrito became an incarnation. With my love of the streets and regular people, I started to play songs at rush hour in the train station. I feel like trying to play a song for people who are trying to get home is the best response you can get.

Do you think that you’ve hit something with Fantastic Negrito that you were missing in other projects before?

How do you make those sounds and make them connect to people in a new way?

So then this should be easy. You know I can do it from my perspective and I’m no genius. These people were in my view and so it makes it easy. I’m not really trying to copy because I could never copy what they’re doing. It’s more of the feeling, more of the tradition. You know, and I take it from that. What’s happening now in my life and the times we live in. That’s what makes it easy to keep it I guess modern and new because I’m only writing from the perspective of myself.

Could you touch briefly here on what happened with NPR and your relationship with that?

Well, I’m deeply indebted and my heart is full of gratitude to NPR. There was a tiny desk contest, and i’m in a collective called black ball universe and we vote on everything that we do. In order for the creation of Fantastic Negrito, there was a vote, you know should we go forward with it should we not, should we support it. And it was a very narrow vote that it was approved. And then the tiny desk contest came and there was a vote should we do it and I actually voted not to do it.

And, yes. Well I don’t know maybe because I just wasn’t confident that day and didn’t think that it  would relate to the music. I thought it was just maybe too edgy and in the other way edgy, black roots, that’s really raw. I just, I couldn’t imagine it. I couldn’t imagine that on NPR. Which shows how much I know, I know nothing. So we literally did one take and I thought they would never be into this so I gave them my version of the song and it’s edgy, it’s rough, it’s raw.

And I thought, ok that’s cool this is what it is. It will never be seen by anybody. And I was extremely shocked when it won. I think it says something like Hey, man don’t think about it too much be yourself and give it a run. And that’s what we did. And it’s a lesson to be yourself. You never know. But there are people who are thirsty for that. I had no idea. Not there, I knew playing on the streets people were thirsty for what I was doing because we were acquiring quite a following. But I just never thought NPR. Never thought it.