You Should Know: Kia Rap Princess

You Should Know: Kia Rap Princess 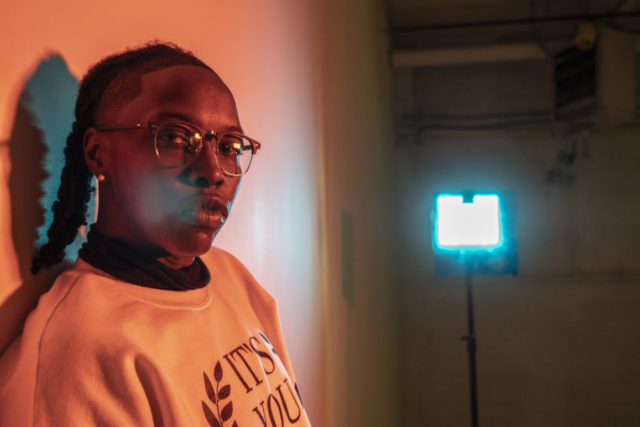 Milwaukee rapper Kia Rap Princess had come close to success: a move to L.A. for a major label contract that fell through, followed by a move to Atlanta and back to Milwaukee. But that journey taught the artist to be a stronger performer along the way. “KRP” is releasing one single a month for 2020 and another release and a national tour on the way with Kaylee Crossfire for their project “Best of Both Worlds.”

1. How did you get started in music? What’s your origin story?

My grandma started me out on piano as a young child. At our house, she played a lot of gospel. My mother was more into jazz and soul. About 11 or 12 years old I got involved in hip hop music and in high school I really figured I had a passion for it. I used to be that chick rapping at the lunch table battling guys. That led to going to my first battle at through DJ Razor. He threw a battle at a theater downtown and I was the only girl, 17 years old. A producer named Logo took a liking to me from that battle and gave me an opportunity to record at his studio. I signed with him as a producer/production deal, he was developing me. From there I got the opportunity to move to California. I lived out there for two years, almost got signed to Sony BMG, that fell through and I came back home and decided to do this full on.

Now looking back, that young Kia, 20 years old didn’t know what she knows now. It was probably a good thing I didn’t get signed at that time because from that era a lot of people who were getting signed were getting albums shelved and never put out but still under contract. So, it was meant to happen the way it did; I’m not bitter about it, I learned from it. One thing it did teach me was, “You’re good enough for this industry.”

2. You also spent some time in Atlanta as well, what was that like?

I started going out there in 2011. December 2012 was when my mother got diagnosed with 4th stage cancer. I was going back and forth making little moves in Atlanta; either on the Greyhound or on an airplane when I could afford it. Once my mother passed, I thought I needed to step out and get into a different market. I also needed to clear my head. I moved out to Atlanta for two years. What’s crazy is the small, organic buzz I built out there in that short amount of time I didn’t realize how much of an impact I had until recently. You never look at the things you’re doing at the time as a big thing, but you’re always reminded by others when God sends people to remind you that your work was not in vain. These last couple of years I’m seeing the fruits of what I’ve done when I was there, in Atlanta. It’s crazy, for me not to even live there right now, I’m still getting plays, still getting requests, I won an Independent Music award, twice. “Issa Vibe” has been getting good reviews and plays out there… I just never realized how much the work I was putting in on the time while I was so focused.

In Atlanta, it’s a big pond, you get overwhelmed. There’re about five hip hop events happening every day. Everybody’s telling you to dream, it’s easy to get lost in that and feel like, “Where do I belong?”

The last time I went to Atlanta I was invited to this camp put on by Mali Hunter who produced for Drake and is known by a lot of industry people. She has a new thing she’s doing called Earth Girl. It’s a tribe, we consider ourselves a tribe, of women from all over the United States in the music industry; from industry professionals, A&R, all types of businesses, different ethnicities all coming together. This was her first year doing it, when she invited me I was so honored. I saw a female producer from Milwaukee, two female engineers from Milwaukee. “You’re from Milwaukee, really?” These are INDUSTRY industry women. Like serious. It was dope to be in this big studio with these women and be like, “Wow, they are from the same place I’m from.” In the same instance there was a producer who was native American with African heritage and Mexican descent. Her name is OLAN, she produced a track for me called “Shark in the Water” that will be released this year.

3. What do you think of the Milwaukee music scene?

I think the Milwaukee music scene is getting better, it’s growing. I would contribute that to all the new things popping up in Milwaukee; we have Milwaukee Hip Hop Week, [Riverwest] FemFest, which has been here but growing, all these festivals are embracing hip hop more, the Bucks bring a different climate to our city and shine, you see more and more artists coming out of the woodwork. It’s a good thing, it was so segregated; on the North side you had hip hop, East side you get your folk and alternative rock, you go on the Southside you get your latino hip-hop, but now you go anywhere and all these things can be infused in the venues. I think that’s a good thing. We’ve always been a melting pot for music. Why can’t we all co-exist?

4. How are you perfecting your performances? You have a very strong stage presence

I watch my performances relentlessly like football players watch their plays. I’m my worst critic. I experience a show from an artist’s perspective. After experiencing that, I go back and look at the videos so I can look at it from your perspective, from you being in the crowd. I meditate for like five minutes, clear my head, and I say to myself, “Now I’m watching this and I don’t know Kia Rap Princess.” Would I be impressed? What do I notice? I look at it from that perspective and I critique myself. I tear myself down and say, “Ooo, you were tired when you got to this song. You need to drink water.” It also comes from not having “yes people” around me.

Me and Kaylee [Crossfire] rehearse in front of mirrors. If we’re not doing it there, I’m rehearsing at home in my studio in my mirror. That’s how I stay in shape. Now, we’re getting ready to go on tour so I’m taking cardio kickboxing.

5. When is your next release?

In March I’m releasing the single “It’s Our Time” with Kaylee Crossfire, a “Best of Both Worlds” release. As a solo effort, I should be releasing “Shark in the Water.” I’m releasing 12 singles this year, that’s my goal. The first one dropped in January called “Grateful” is with a super dope talented Christian hip-hop artist Under5. “Grateful” is more so inspirational, not off a hip-hop beat, almost gospel track. This time I’m sinking my teeth in, getting into the gritty, going back to that three-verse structure and really feeding the fans. Real music, though. It speaks to where you are in your wilderness, whatever that is. You may have something you haven’t told nobody about that you’re dealing with and looking at your creator saying, “When is this going to end? When is my promise coming?” It’s easy for us to look for the land of milk and honey, but we’re not appreciating what the creator is doing for us in the time of our wilderness. We’ll neglect the fact we still have a roof over our heads, the simple things and we’ll ride past some people living under a bridge. But we’re in our wilderness though, we think WE’RE in the wilderness. Everyone has their own wilderness. “Grateful” speaks to being grateful to where you are so when you get to that point you’re trying to go, the finish line, that new job, whatever your goal is, you can appreciate where you are. “I just came out of all that, I’m grateful.”