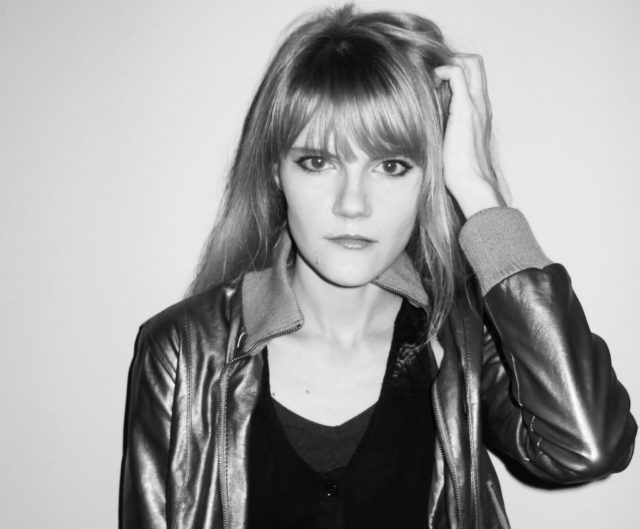 Album release show with Dashcam and Immortal Girlfriend on November 1 at 9 p.m. at Cactus Club

1. When did you start making music and when did you get into electronic production?

It’s hard to pinpoint the exact time I started making music…I was very young when I started. My mother was a folk singer and guitarist, which was probably my first exposure to making music. I know I wrote my first sheet music around five years old because my mom (my grandma who raised me) recently found it in one of her cookbooks.

In high school, when I wanted to record my songs to be able to send them to friends, I started experimenting with different free programs on the computer. It eventually evolved into getting the next best program every couple of years. The next tool I used was GarageBand, then I found Logic and started using that, until finally landing on Ableton Live, which I’ve been using since 2011. Since then it’s been a long evolution of just trying to get better and reach my full potential.

2. Tell us something people would be surprised to know about you.

I’m sure there’s a lot, [laughs] but probably the biggest thing is that I was raised by my grandparents who I call mom and dad. I think it definitely shaped who I am as a person now and it helped teach me to be a more compassionate person. It’s probably why I have the intense need to create and express myself.

Currently I’m pursuing my art and music full time. Recently I opened a small online boutique and still haul my art out to the fairs during the summer. I also do small mixing projects for artists who find me online, so I’ve been able to piece together an income through multiple sources.

It took a long time to get there, my last place of employment was a sign company that I was doing design work for. I also used to work at a place doing vinyl decals on cars. I also previously worked at a video store and a roller skate rink.

When I was working full-time I worked 16 hour days or more. I’d work for eight hours at a job then come home and work for eight hours more on my own business and projects…for at least two years. It was intense. There were many days I’d go to bed completely depleted and wake up crying having to go to jobs that I didn’t like. It was very unhealthy, but the work I put in has been worth it and I’m glad I did it. I’m very grateful to be where I am now and to be able to pursue my passions full-time.

You should know LUXI because she does it all. She’s a visual artist, musician, singer, producer, video game developer and an electrifying live performer. Radio Milwaukee caught up with her to talk about her inspirations and what she’s been working on lately.

I'm so excited about this project and am proud of how far I've come, I think ['Lost Letters'] is one of the best albums musically I've ever created and having this interactive element is one of my ultimate dreams.

4. How do you translate electronic music into a live setting?

My live music performance has changed so much over time. I went back and forth between trying to re-create all the parts live and wondering what the point was of doing it that way if I spent hours and hours producing the track in the studio. So, currently it makes more sense for me to use backtracks and play certain parts live over it, as well as focusing on the movement and vocals.

Singing was something I took a long time to accept as part of what I do because I never saw myself as a singer. I was always told I was too introverted or quiet to sing, until eventually I decided, “F*ck that. I can do what I feel like.” I’ve also been enjoying collaborating more with other musicians and having a mixture of organic samples of their work mixed in with my production.

5. Your upcoming album is being released with a video game that you programmed yourself. Can you tell us a little about the storyline and the process of building a game from scratch?

Sure. I’m so excited about this project and am proud of how far I’ve come, I think it’s one of the best albums musically I’ve ever created and having this interactive element is one of my ultimate dreams. I started learning how to make video games with Blender using Python script and logic bricks back in 2015. I started learning Unreal Engine in 2016 after I built my own computer to be able to handle the processing required for these kinds of projects and I just fell in love with it. I love creating new worlds and universes completely from my imagination.

Parts of the album and game were started back in 2016, so it’s been a long time in the works. The storyline of the game itself is following the journey of a young woman named Elle through a post-internet and EMP (electro-magnetic pulse) world, taking place in a fictional township called Seraphina. Elle is a scavenger of electronics and is an artist herself. As she explores each environment, she uncovers more about the history of this place while also discovering things about herself along the way.

The themes I chose to play off of is definitely this cycle of life and death, creation and destruction and how these creative cycles especially can be a type of personal alchemy. It is definitely bordering on science-fiction, but I think it touches on many topics with relationships, personal growth and discovery. I’m very excited with how it’s turned out.

There are also surrealistic aspects to these projects. I wanted to really bring parts of this project to life and brush that boundary between what’s real and what’s part of the art, so I created a series of “relics” belonging to this project, including a sculptural altar piece that I’ll be bringing to the performances and on tour with me in November and a printed zine of the so-called “Lost Letters” themselves. I had to write about 70 pages of backstory to complete the game.

Find out more about LUXI here.

And watch a live Hear Here session with LUXI: