You Should Know The Hatchets

You Should Know The Hatchets 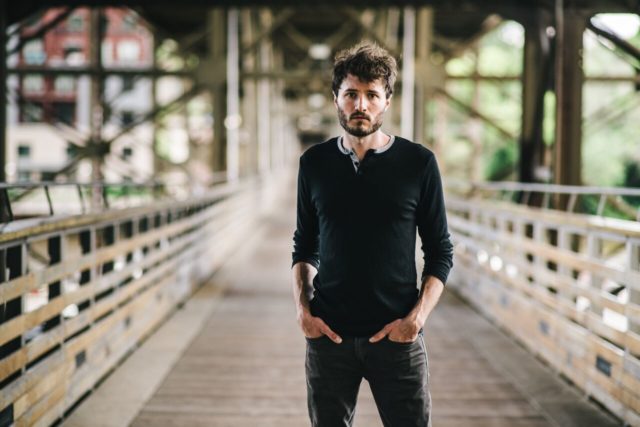 After premiering a track from The Hatchets, we wanted to know more about the new project from Milwaukee’s Justin Otto. Radio Milwaukee chatted with the artist on transitioning from performing open mic nights to recording a fleshed out album with full band, strings and horns with unexpected turns along the way.

5 questions with The Hatchets

1. When did music come into your life?

I never had money to go out and buy a guitar until I had actual jobs. Once I bought a guitar, I expected not to stick with it, but it became the most important thing to me for a while. Took a little while to figure it out, but once I figured out enough to play Bob Dylan or open chords, I learned how to put songs together. Piano made zero sense to me, but guitar was like, “Memorize these four shapes and put them in a different order” and after a little bit, you can play just about any song every written.

2. Did you grow up in Milwaukee?

I’m from Baraboo, Wis. I moved to Milwaukee maybe five years ago. I had some friends here and visited and saw people play original songs in bars; where in a small town you see cover shows. I came here and saw people playing their own music and it was close enough to home. I finished school and wanted to write in some capacity and wanted to write songs but didn’t know how to do that either until I saw other people do it. You can just write songs and play at an open mic and no one will laugh at you.

Cost of living is affordable enough, there’s an active scene. Being a smaller city on the scope of things… if rent was triple what it is here, I can’t imagine funding an album, paying my band if I had to work three times as much to pay rent and buy groceries.

3. How did you transition from a solo artist open mic nights to “The Hatchets?”

When I first moved here, a friend of mine came shortly after. We were working on stuff together. I would write the songs and he would play bass and sing with me. We would add other people from around town to fill up that lineup and slowly fit in new parts when other people went their separate ways. Kind of had a fluid lineup for several years, solidified around the time I was recording. We recorded this record a couple years ago and when I finally put it out I had to settle on calling it a certain thing and we called it The Hatchets.

4. You have a concept around the album “Uncounted Blue Jillions” involving Woody Guthrie. Could you explain that?

When I was first learning to write songs, I stuck to the folk rules as far as learning to put chords together and all the great songwriters. I was looking at those songs and playing those songs to figure out how it’s done and you can trace it back to a common root of Woody Guthrie. He was not the first to write folk songs, but he was the Elvis of folk songs.

I never really took his music as that much of an importance to me, but the grandfather of what was moving to me. Then along the way I saw a documentary about his life and the hard stuff he went through and it added a context to all his work, even the sillier more childish stuff… added a darker undertone to it, that he was reacting to in my opinion. That planted a seed of an idea in my head to write something about that. Eventually, it would maybe be a line in a song talking about it and that line spawned a whole verse, and then that verse became a song of its own. Then that song needed more material to flesh it out and it kept growing, growing and growing until we had a whole album.

I had one song that ended up being about Woody Guthrie. It was very obscure material to have one song about, “Hey! This is the one song about an obscure part of this songwriter’s life.” I thought if I doubled-down and did two or three songs about it, it could be a concept suite of songs. Three still felt like a diversion if I stuck it on an album. “Why are these three songs out of nowhere talking about this strange material?” Then I made it a whole thing.

5. So that was a few years ago, what’s coming down the pipeline next?

We wrote that several years ago, but spent the last couple years in the studio making it into what it is now. Added all the overdubs, which is pretty extensive. Lots of strings and horns, that stuff fleshes the sound out. It took me longer than I thought to make it all work in a cohesive way.

I’ve definitely been writing in the meantime, I can’t stop writing. I have a lot of fragments of songs right now I’m trying to fit together into something at all workable. I don’t know what’s coming next. I would like to make another full-length record that all hangs together and is more than the sum of its parts. That takes a long time as it turns out. In the meantime, I’ll release more digestible one or two song releases.

You can see The Hatchets in Milwaukee on Friday, Oct. 11 at Twisted Path Distillery

Listen to The Hatchets’ new album below.