You Should Know: The Helio Sequence

You Should Know: The Helio Sequence 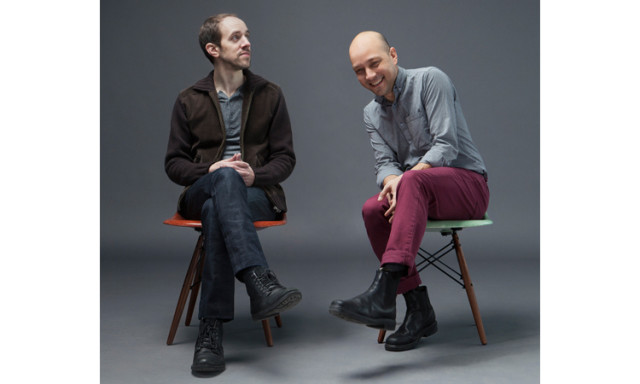 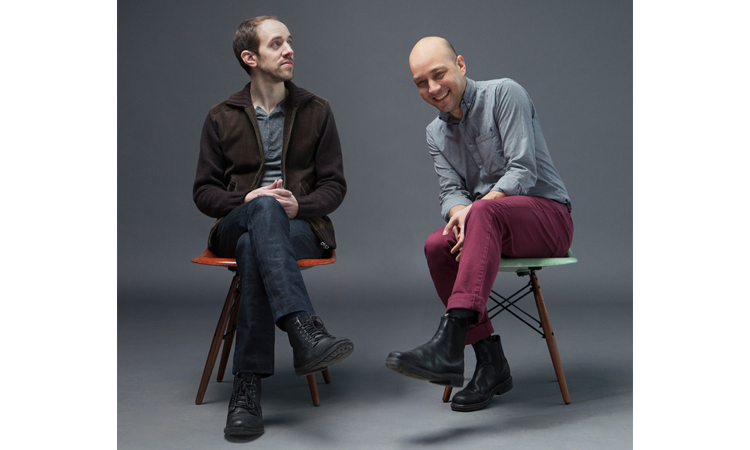 We talked to The Helio Sequence singer/guitarist Brandon Summers yesterday  (the day after bandmate Benjamin Weikel’s wedding). Learn how their sixth album came out of a game played in the Portland music scene, what food their music sounds like (delicious!) and what instrument you may not know is hidden in the Helio Sequence tracks.

The wedding was yesterday, I’m surprised you’re up this early.

I have kids, so I don’t really have a choice. [laughs]

You’re six albums in with Helio Sequence. Did you have any bands before this one?

If I don’t count the Nirvana/Green Day cover band I was in before that and you know, a couple punk bands, but yeah this was the first band. Benjamin was in a couple other bands, but he’s three years older than me. I was 16 when we started Sequence and that was in ’96. In one more year it will be our 20 year anniversary of the band.

I read something about the “20 Song Game” and wondered if that’s really how the record came about. Could you explain it?

Well yeah, I mean we were we were looking for a way to whip ourselves into shape because we have a tendency, because we self- produce and always record ourselves, to take our merry time. And you can disappear down a lot of rabbit holes.

Some friends of ours were playing this game where they would literally wake up in the morning on an agreed start time and write 20 songs or as close to it as they could, meet in the evening and show everyone what they had. A friend of ours, Danny Seim, whom I played with in Menomena, did this record and gave it to us and we were like how could you have done this in one day, like eight hours?

So Benjamin and I decided that as a writing exercise to kind of kick-off writing a new record, we would do it with just the two of us and a couple of our friends. We set up the first day and tested everything in our studio to make sure the mics worked and everything set up for a quick process and we ended up writing five or six little ditties together, just kind of improvising and we stopped and said, ‘You know, this feels so good right now.’

And told our friends ‘I don’t think it’s going to be a five song game, I think we’re writing a record as of today.’ And we just kept rolling and arbitrarily gave ourselves one month. So we called it “The One Month Game” and decided we have to have a complete record done, mixed, written in full form, in one month. We spent the whole month of May every day coming in and whittling away.

So Helio Sequence has its own studio you’re able to access anytime?

Yeah, we do. We have for five years. We’ve always recorded ourselves and produced and actually have taken on production and mixing jobs in the last few years.

there are definitely times when you’re just scraping by ... or maybe not quite getting by

So this wasn’t your typical studio process?

Yeah, our typical studio process is very lax. I have a new song and write it as you as you go. It’s very different than traditional band like figure out a song at home, figure out all the parts, get your band, rehearse it and then go record at the studio.

This “One Month Game” was a unique exercise for you as a band?

There is something about working at that speed, it was nice to have so many things on the table at once that if you ran into one of the roadblocks that you inevitably run into when you’re creating anything, you could just set aside whatever you’re working on and start working on another one, or some vocal idea that you have for something else and it was really liberating in that way. I didn’t feel deep into one song have to finish it and the next thing you know, you look over your shoulder and it’s one week later.  [The One Month Game] is a very, very fast flow.

You have a family and your own studio, you’ve been doing this for awhile – do you have a day job?

No, we haven’t worked a proper day job and it’s been almost 15 years.

Thanks, I mean, it hasn’t been glamourous and there are definitely times when you’re just scraping by and can get by on that next tour or next show, or maybe not quite getting by, but we were always really thankful to live in Portland. It’s a good city – low cost of living and we are always very tight budgeted, so I’ve kind of kept it in mind, and that’s been our goal.

We worked for this music store when we first started the band and we got invited on our first tour. We had been playing for four or five years up to that point. Our boss came and patted us on the shoulder and said ‘You know when you guys come back you are not going to have a job. So go for it. If you’re going to do it, go do it.’ That was the impetus, really.

This was a record store?

It was a music instrument store where you could rent music, you know clarinet and trumpets and stuff to students and there are lessons at the shop. Also selling reeds and guitars and all that kind of stuff.

Did you ever utilize those instruments on your records?

Yeah, essentially Benjamin and I are both band nerds. I played the flute all the way through high school and there’s actually quite a bit of flute on The Helio Sequence records, with just so much effects and reverb and stuff like that on it that people probably think is just another keyboard patch or something.

You played in band in high school?

I played concert band, then marching band, the school orchestra and the jazz band. I was playing guitar by that point as well. Joseph and the Amazing Technicolor Dreamcoat, I played guitar in that production. That really whipped me into shape. I was 17 and had only been playing for like three or four years and realized I needed to learn to read guitar music.

If you had a dream musical collaborator, dead or alive, who would it be?

I am a huge fan personally, of Bill Frisell. He’s a guitarist. Some people would call him a jazz guitarist, but pretty much every project that he is a part of I think he just makes it better. His solo stuff for me is just amazing. I really connect with his sound and every chord he uses. His ideas are amazing, I hope someday to collaborate with him.

Do you have a bucket list venue or festival to play?

We’ve had the opportunity to play opening for some pretty big bands. We played Roseland in New York and the Ryman Auditorium [Nashville]… I guess the Hollywood Bowl is one we haven’t done that’s really large.

If your sound was a food, what would it taste like?

Oh man… it’d be a pretty strange mix. A weird kale salad, but have something sweet in it like really ripe pears and maple syrup. Maybe cheese and walnut oil.

[Editor’s note: would someone put a “Helio Sequence salad” on their menu? Sounds delicious!]

What comes to mind when you think of Milwaukee?

Sadly I’m going to say the Brewers or just beer. Which is probably making me look horribly un-educated when it comes to Milwaukee, but that’s the first thing that comes to mind.

What’s next for Helio Sequence?

Today, I’m hectically learning a full set of bass parts for a Brazilian band we recorded in 2013. We produced, recorded, and engineered their entire record at our studio. They are from São Paulo, they’re called Quarto Negro. They opened for us on this last tour on the West Coast and they filmed a documentary about the making of the record and the Portland music scene and got accepted at the Portland Film Festival.

It’s showing tomorrow night at this grand opening party and they are going to show the film and red carpet event. The director flew up and they’re going to perform after it… and then their bassist canceled on them. So I just got a call. I was actually talking to one of the members who was in town at the wedding reception last night and I think I’m going to do what I’ve never done before and play bass. In a band. Tomorrow night.

What’s the name of the documentary?

It’s called GRU – PDX. It’s the names of their airport for São Paulo and Portland.

Thank you! Any last words?

We are excited to be performing in Milwaukee.

Check out this “Beginner’s Guide to The Helio Sequence”