You Should Know: Wild Belle

You Should Know: Wild Belle 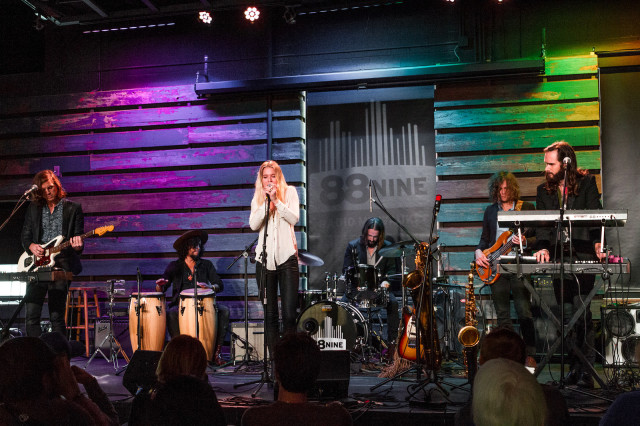 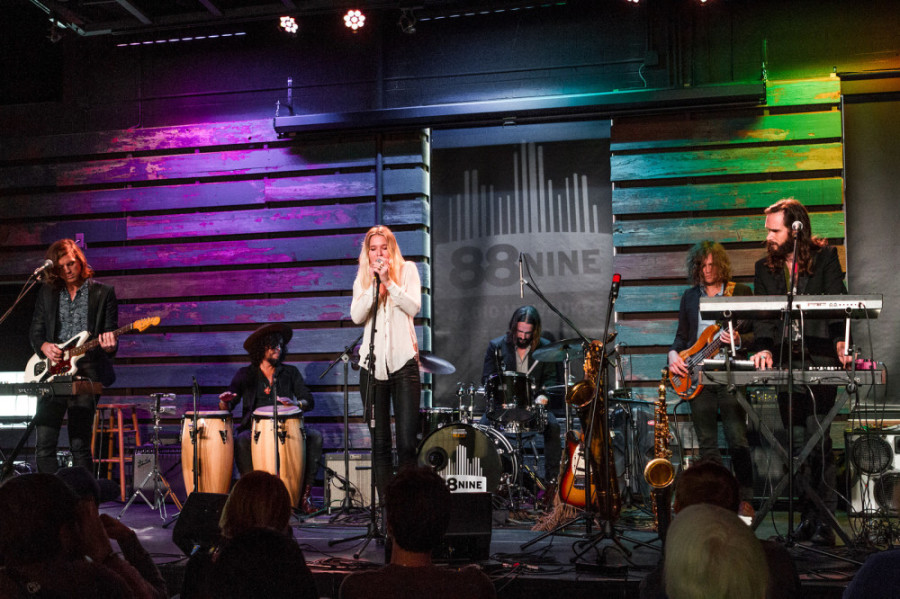 Where they’re from: Chicago/California
Their song 88Nine is playing: “Giving Up on You”  (see video below)
RIYL: Sound Travels on 88Nine, reggae, Amy Winehouse, afro-pop

Wild Belle is the brother-sister duo of Elliot and Natalie Bergman. They kick-off their fall tour in Milwaukee Monday at Turner Hall Ballroom. Their new single “Giving Up On You” suggests the upcoming release “Dreamland” won’t be a rehashing of their popular tropical debut “Isles.”  Here are excerpts from our interview with Natalie and Elliot.

1. How did you get started?

Natalie: Our parents were very musical, so there was always music in the house. Elliot started playing clarinet and saxophone when he was younger, I was playing violin. It wasn’t really until Elliot invited me to go on tour with them [his former band, NOMO] one summer when I was 16 and I played percussion for a while. That was the origin of our musical collaboration.

Elliot: We were working on a NOMO record and she started showing up to the studio with better songs than I could write. It was like, “Well, we could work on this extended funk jam, or we could make this really nice cool pop song.” She sort of took over. We were thinking this could be a new NOMO record, but realized it had something different. We made almost the entire first album before we even knew what it was.

2. What were your early influences?

Natalie: I think it was a combination of all of the records that my parents listened to when I was growing up, records Elliot turned me on to: jazz, African music from all over the continent. Elliot knows a lot about many musicians. Eastern African music, Ethiopian musicians. You explore other countries elsewhere in the universe like Jamaica, Brazil or rock ‘n roll from London. We have a very wide variety of musical tastes and we combine them and I think that is what makes the Wild Belle sound. All of our influences, then it comes from our hearts, we put it together, turn it all around, and that’s us.

Elliot: I worked in a record store in Ann Arbor when I was in college [University of Michigan], Encore Recordings. My horizons were expanded. It’s still there and it’s still one of the greatest used music stores in the Midwest. There is so much interesting music coming through there, everybody who works there is a musician/musicologist. That was really a time when my eyes and ears were opened to a lot different things emotionally.

3. What comes to mind when you think of Milwaukee?

4. Your new single “Giving Up On You” has an evolved sound from the previous record. Can we expect more new sounds on the upcoming album?

Natalie: Elliot and I have evolved as individuals. The new record doesn’t sound like “Giving Up On You” necessarily. Most of the songs sound more like a progression from the early Jamaican influence of the first record. We were experimenting with something new and I tried a different persona with my voice. My voice sounds different on the record than “Giving Up on You.”

Elliot: We spent the last two years together writing songs every day, so obviously there is going to be some progression. We ended up with all this new material informed by Jamaican music, West African music, but there is a little bit more of an edge and darkness on this record.

We wanted to make a record that sounded bigger and badder and more developed and more full. We started working on the record in Jamaica, then we ended up going to Nashville and working with Pat Carney from the Black Keys on a bunch of stuff.

We ended up working with an amazing producer from Toronto, Doc McKinney. He’s worked with The Weeknd a lot and Drake. He’s a special sonic thinker – he creates a lot of space in the track. He really helped us record Natalie’s voice in a way that felt honest and direct. We had this amazing learning experience making this record, just working with so many people and trying some new things out. Having to grapple with that and make it our own. You’ll hear all of those things on this new record.

5. Tell us about your involvement in the Elkhorn Flea Market in Elkhorn, WI

Elliot: The Elkhorn Flea Market is an amazing flea market not too far from Milwaukee. This summer I’ve been selling the junk that’s been accumulating in my basement. I sold at Elkhorn twice this summer and it was super fun.

So, we could probably find Wild Belle paraphernalia at the Elkhorn Flea Market?

Elliot: You could buy my old auto-harp, a broken saxophone, some stolen bikes, stuff like that. [laughs]

Natalie: Elliot has such a good eye for finding treasures he has all of these beautiful instruments that he’s collected over the years.

Elliot: I wouldn’t call them “treasure.” It’s more like the TV show “Hoarders.”

You have a few hours left to enter to win a chance to see an intimate performance by Wild Belle in our studio before their Turner Hall show! Enter here: http://radiomilwaukee.org/wildbelle

Listen to their new single, “Giving Up on You” below: