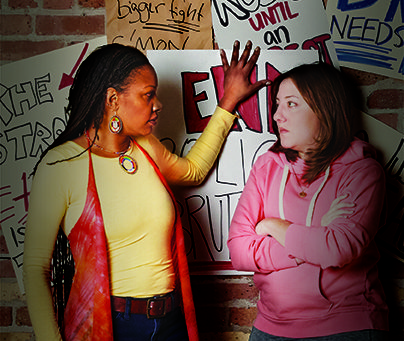 What: Fires in the Mirror
Where: Milwaukee Chamber Theater
When: Saturday, October 5th at 8 p.m.
Tickets & more info: http://www.milwaukeechambertheatre.com/performance/2019-2020/fires-in-the-mirror.aspx

In 1991, in the Crown Heights section of Brooklyn, a Hasidic man’s car jumped a curb, killing a seven-year-old black child. Shortly after, a Hasidic rabbinical student was stabbed and killed in what appeared to be an act of retaliation, sparking riots that made national headlines and exposed a growing friction in racial and cultural relations.

But behind the headlines, there are people – politicians, activists, religious leaders, victims, and perpetrators alike – who each have their own story to tell.

Anna Deavere Smith’s landmark work of documentary theatre, presented here with two actors playing 26 roles, is a theatrical event that cannot be missed – an illuminating exploration of identities in conflict.