Enter for a chance to win a pair of tickets to see Stephen Malkmus & (Sandy) Alex G!

Enter for a chance to win a pair of tickets to see Stephen Malkmus & (Sandy) Alex G! 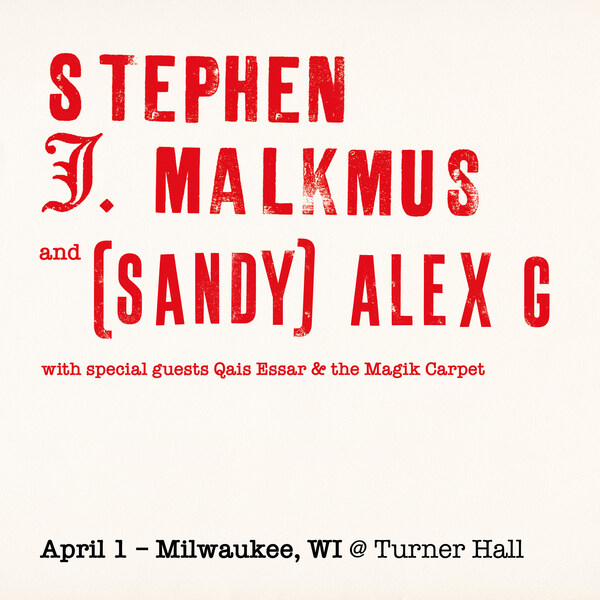 About Stephen Malkmus: When Stephen Malkmus first arrived on the scene in the early 90s as the frontman and prime creative force of one of indie rock’s most influential bands, Pavement, his lo-fi sound couldn’t have been further from the techno beats that were so trendy at the time.
Now, after multiple albums on his own and alongside his band, The Jicks, Stephen returns with ‘Traditional Techniques’, an album packed with handmade arrangements, modern folklore, and 10 songs written and performed in Malkmus’s singular voice.

About (Sandy) Alex G: (Sandy) Alex G is the stage alias of Alex Giannascoli, a singer, songwriter and guitarist who built his reputation with intimate lo-fi pop that combines strong melodic sensibilities and a ragged, experimental, impulsive-sounding performance style.