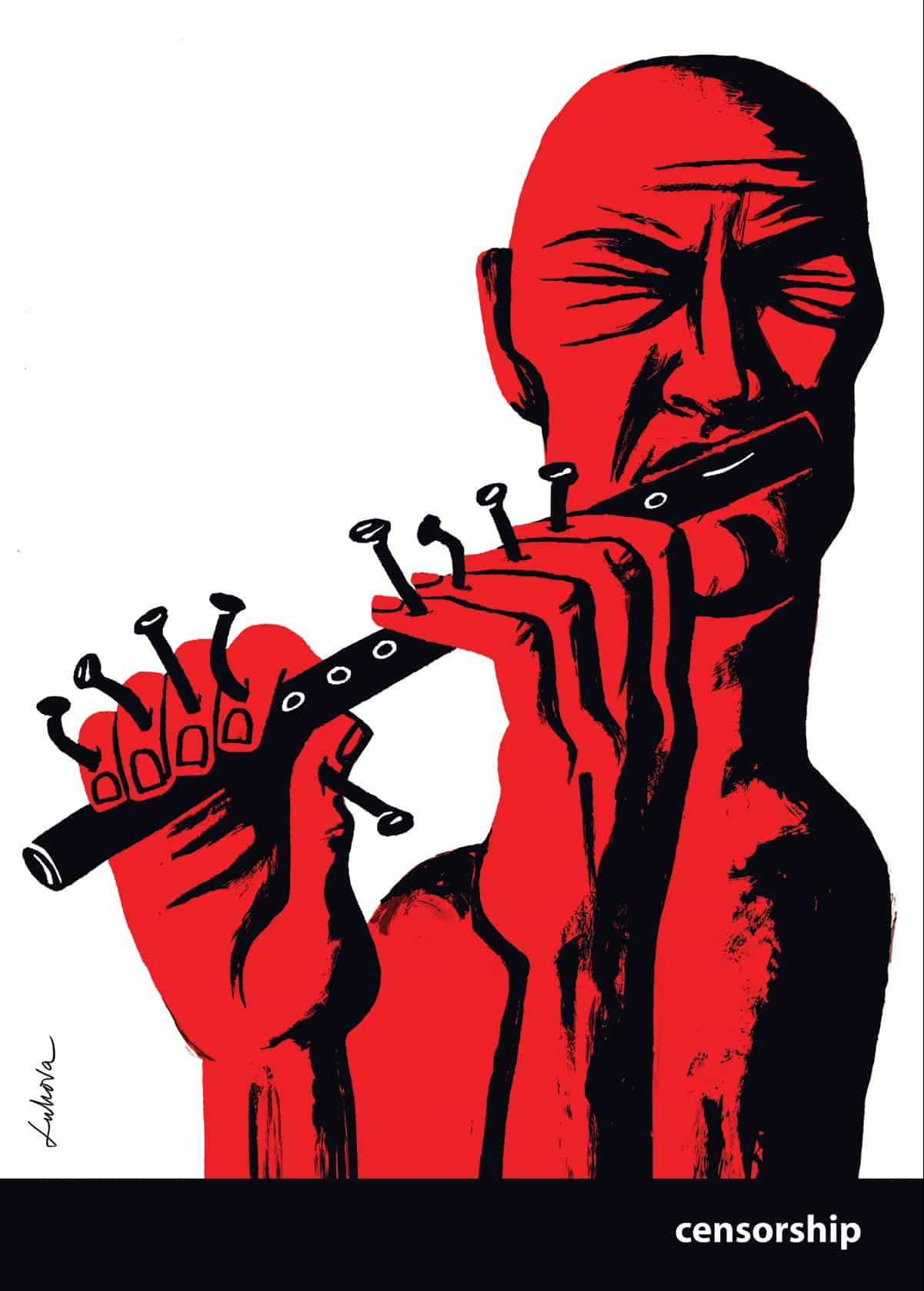 “It deprived us of basic freedoms, no doubt. It was something we lived with. Some of the people who made this were good artists, but if you understand the language, if you know the message and what they say, and if you know a little bit of the context of the real situation, then you will see that they were not pieces about joy and enthusiasm. They were the opposite.” – Luba Lukova speaking about official art in the Soviet Union

Luba Lukova, creator of Luba Lukova: Designing Justice, shared many experiences with other nonconformist artists in the 1970s and 80s, including exclusion from state artistic institutions, dislike of the official artistic styles promoted by communist governments, and finding ways to express herself artistically despite censorship and constraints on her career. As an artist, she wanted to do something different – to create art that spoke truth about injustice.

Join Christine Evans, Associate Professor of History at UW-Milwaukee, to learn the ways that unofficial artists like Lukova navigated around censorship in the former Soviet Union and elsewhere in the Eastern bloc, and learn more about what Lukova’s art and career can tell us about the history of socialist visual propaganda and unofficial art under communism.
Register to get access to the Zoom session.
This program is free and open to the public.
About Christine Evans

Christine E. Evans is Associate Professor of History at the University of Wisconsin-Milwaukee. Her first book, Between Truth and Time: A History of Soviet Central Television (Yale University Press, 2016), received Honorable Mention for the 2017 USC Book Prize for Literary and Cultural Studies of the Association for Slavic, Eastern European, and Eurasian Studies. She is the author of articles on Soviet and post-Soviet Russian television, late Soviet culture, and the production and commemoration of transnational media events. Her current project, a book manuscript coauthored with Lars Lundgren (Södertörn University, Stockholm), explores the transnational history of satellite communications infrastructure during the Cold War.