Captain Frederick Pabst: Beyond the Brewhouse

Captain Frederick Pabst: Beyond the Brewhouse 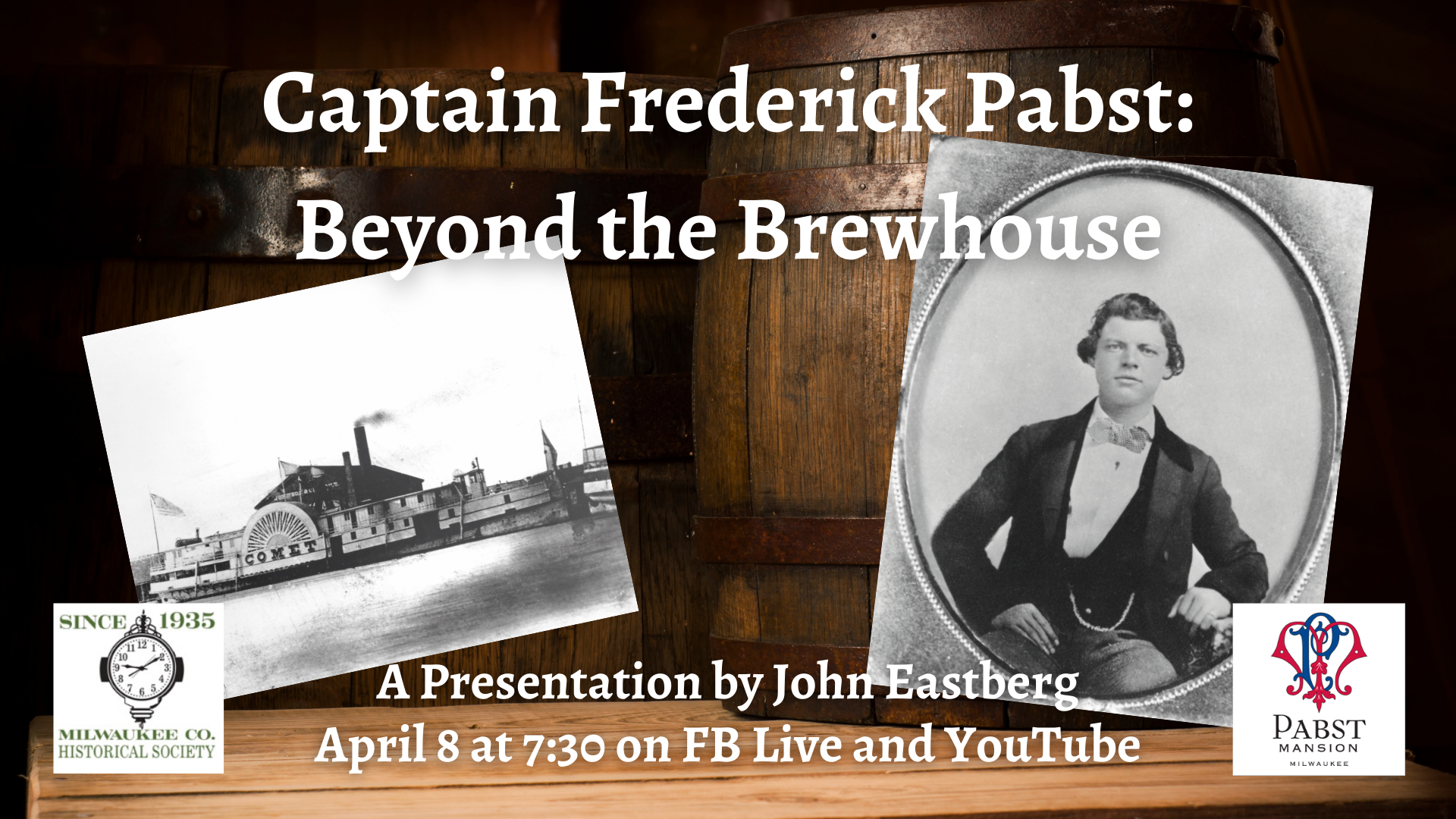 Captain Frederick Pabst is widely known as one of Milwaukee’s great beer barons, but this legendary character had many other interests than only brewing beer. Historian John C. Eastberg will lead you through the extraordinary life of Captain Pabst, starting with his days as a cabin boy on a Great Lakes steamer to eventually working his way up to Captain by his early twenties. Following his success as a brewer, Pabst was able to explore his interests in horse breeding, art collecting and serving as a civic leader, promoting Milwaukee as the German Athens of the West.