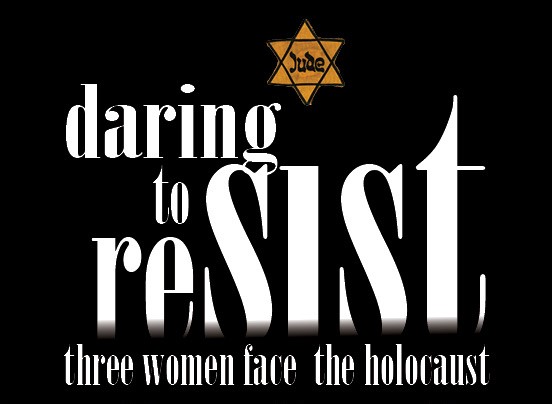 Why would a young person choose resistance rather than submission during Hitler’s reign of terror while her world was collapsing around her? In this gripping documentary, three Jewish women answer this question by recalling their lives as teenagers in occupied Holland, Hungary and Poland, when they refused to remain passive as the Nazis rounded up local Jewish populations.

Defying her family’s wishes, each girl found an unexpected way of fighting back–as a ballet dancer shuttling Jews to safe houses and distributing resistance newspapers; as a photographer and partisan waging guerrilla war against the Germans; and as a leader in an underground Zionist group smuggling Jews across the border.

Enriched by home movies, archival footage, and previously unpublished photographs, the women’s varied and vibrant stories provide a unique look at Jewish resistance to Nazism, a subject all too often consigned to history’s footnotes.

Join scholar Amy Shapiro for a talkback to explore the meaning of resistance during the Holocaust and the significance of Faye Schulman’s unique form of resistance.

Amy H. Shapiro, Ph.D., Professor of Philosophy, is Program Director of both Philosophy and Women’s and Gender Studies at Alverno College. Her areas of expertise include epistemology, pedagogy and the Holocaust, gender and the Holocaust, feminist theory, and mindfulness and philosophy. An educator, author and lecturer, Shapiro is co-editor with Myrna Goldenberg of Different Horrors Same Hell Gender and the Holocaust. She has led five travel courses to Places of the Holocaust. Shapiro is a member of the Milwaukee Jewish Community Yom Hashoah committee and was formerly Director of the Holocaust Education Resource Center. She is presently working on a book, Educating Against Genocide and Other Disorders of the Heart.