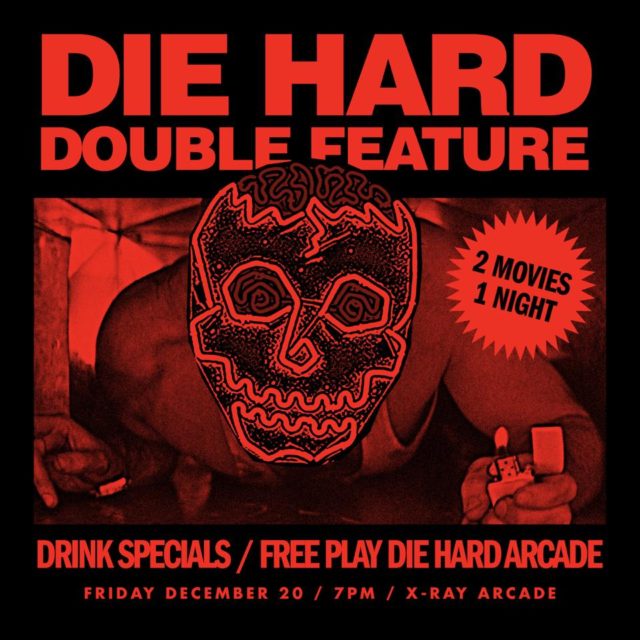 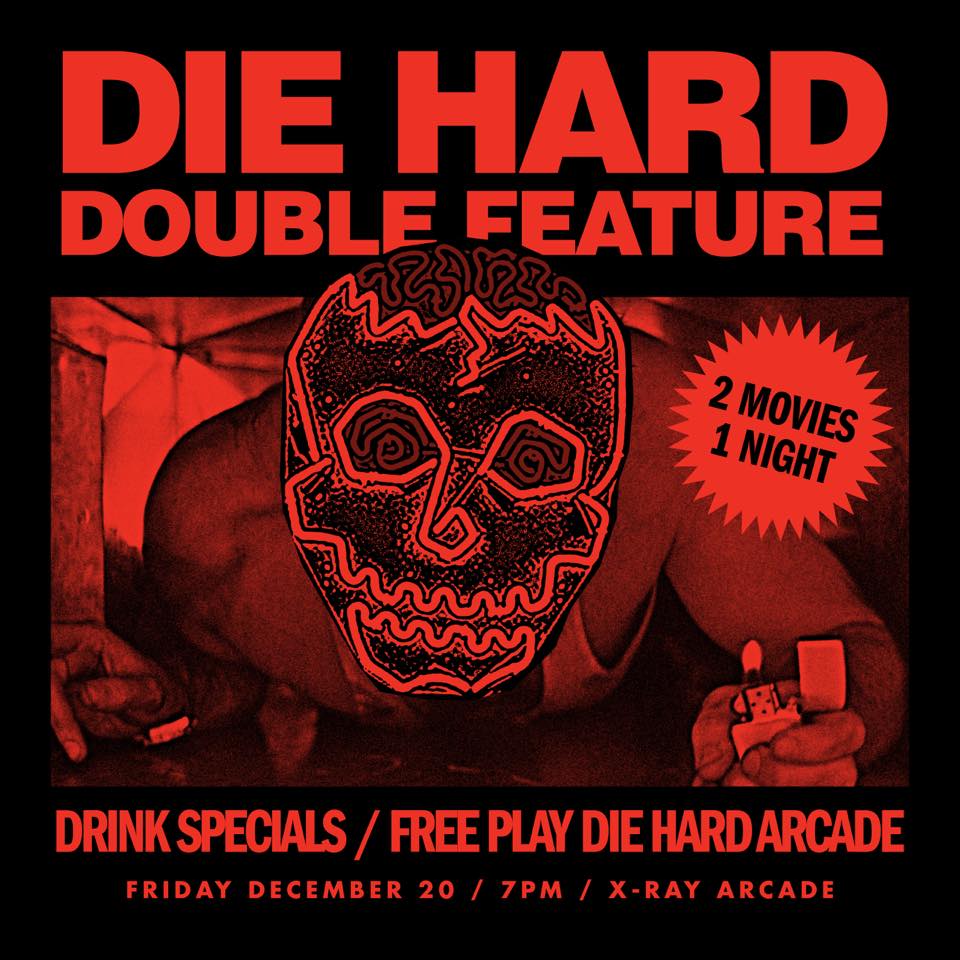 We’re celebrating the best Christmas movie ever and all things John McClane with a Die Hard double feature here at the X!

The skyscraper we call our projector will be in use, gravity chairs are first come first served and our Die Hard console will be set to free play for the night!

DIE HARD at 7PM
New York City policeman John McClane (Bruce Willis) is visiting his estranged wife (Bonnie Bedelia) and two daughters on Christmas Eve. He joins her at a holiday party in the headquarters of the Japanese-owned business she works for. But the festivities are interrupted by a group of terrorists who take over the exclusive high-rise, and everyone in it. Very soon McClane realizes that there’s no one to save the hostages — but him.

DIE HARD 2 at 9:30 PM
A year after his heroics in L.A, detective John McClane (Bruce Willis) is mixed up in another terrorist plot, this time at Washington Dulles International Airport, where he is waiting for his wife (Bonnie Bedelia). That same night, South American politico and drug profiteer Ramon Esperanza (Franco Nero) is arriving in U.S. custody. McClane takes action when a treasonous ex-colonel (William Sadler) seizes control of the airport, threatening to crash every inbound flight unless Esperanza is freed.