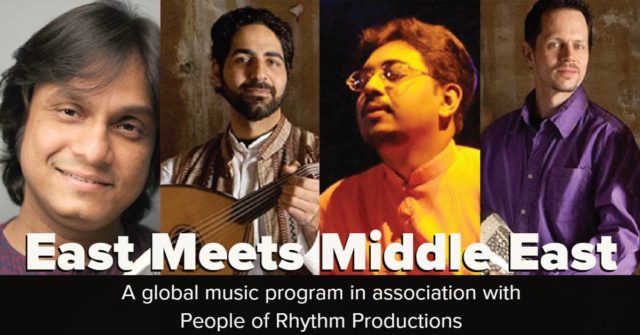 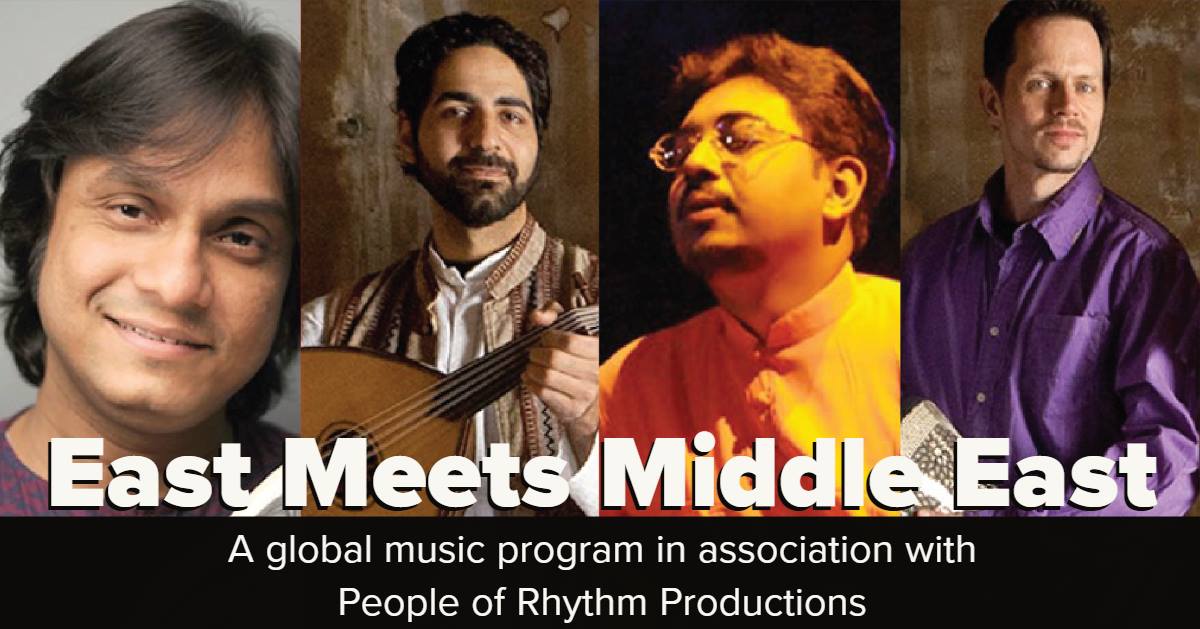 East Meets Middle East music ensemble formed in early 2016 as a collaboration between two Chicago musicians, George Lawler and Ronnie Malley, who had been playing tradional Turkish and Arabic music together for over 10 years, along with two seasoned classical Indian musicians from Calcutta India, Subrata Bhattacharya and Abhisek Lahiri, who were on tour and visiting Chicago. Together they wanted to create a project that would emphasize the uniqueness of these rich, yet distinct, cultures and music from the Middle East and India.

The group explores the relationship between Indian raga and Arabic maqam musical styles, but also delves into the improvisational components of those styles, as well as draws on collective influences in everything from jazz, Pink Floyd to Ali Akbar Khan to Simon Shaheen.

Some have expressed that it’s refreshing to get a more in-depth look at these cultures through music. Others enjoy the instruments and how they complement each other. While there is a structure to the compositions, the group also leaves room to improvise – making each live performance a unique experience for EMME and the audience.

SC Johnson’s Community Programs are free and open to the public and held at the Golden Rondelle Theater located at 1525 Howe St., Racine, WI 53403 at the JC Johnson Headquarters. RSVP / Tickets are strongly encouraged. RSVP at https://reservations.scjohnson.com or call 262-260-2154.