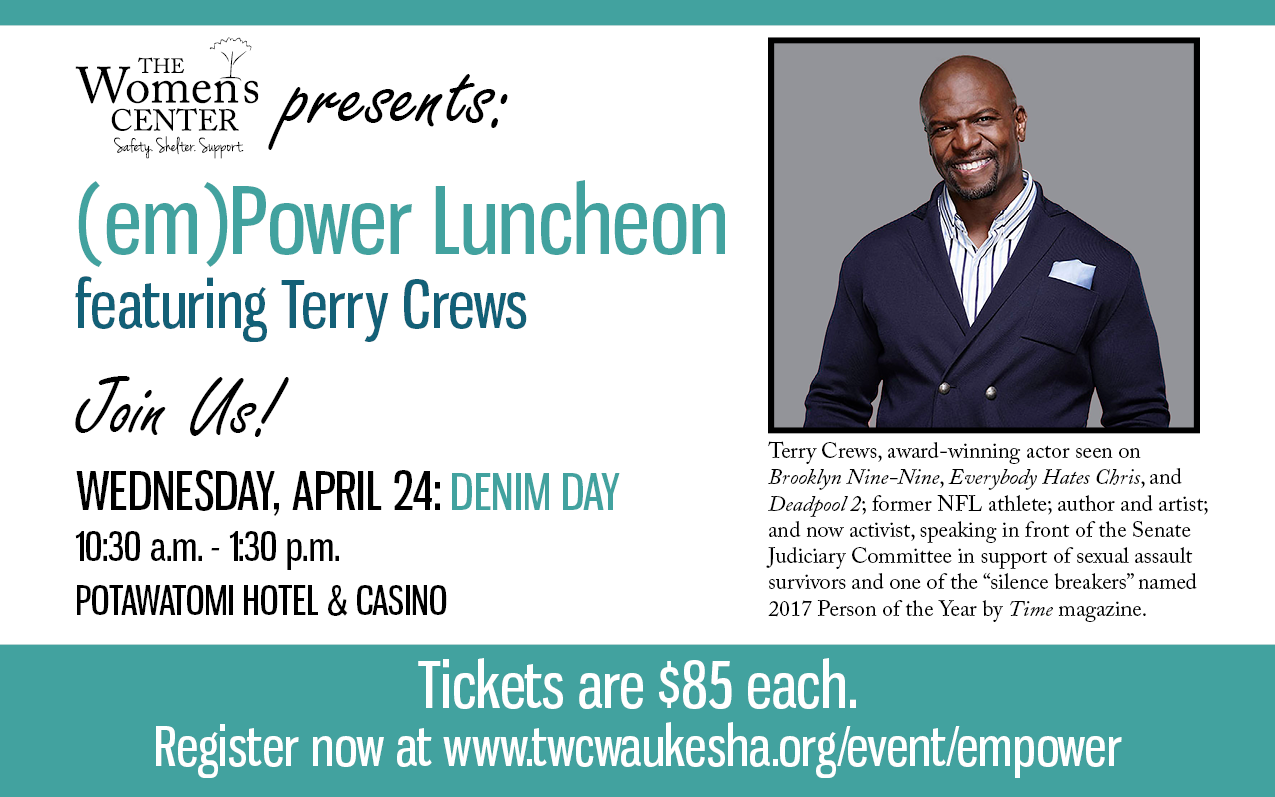 The Women’s Center is thrilled to present Terry Crews as the keynote speaker of our (em)Power Luncheon!

The (em)Power Luncheon honors the courageous voices of survivors, those who advocate for survivors, and those who speak out to affect change. Actor, athlete, and author Terry Crews is all three.

Many know Crews as an actor (most recently on “Brooklyn Nine-Nine” and the upcoming season of “America’s Got Talent: The Champions“, just to name a few out of an impressive catalog of films, commercials and television appearances), an artist, and a former NFL athlete. After sharing his story as a male #MeToo survivor in early 2018, and his subsequent testimony before the Senate Judiciary Committee in support of the Sexual Assault Survivor Bill of Rights, we now also know him as an activist.

Terry Crews has become an outspoken, honest and important male voice, included as one of Time magazine’s Silence Breakers who were named 2017 Person of the Year. Through his work, Crews is a tireless advocate for survivors and for legislation changes that will better protect survivors and hold perpetrators accountable.

Be sure to join us for our (em)Power Luncheon to hear Terry’s powerful message during Sexual Assault Awareness Month!