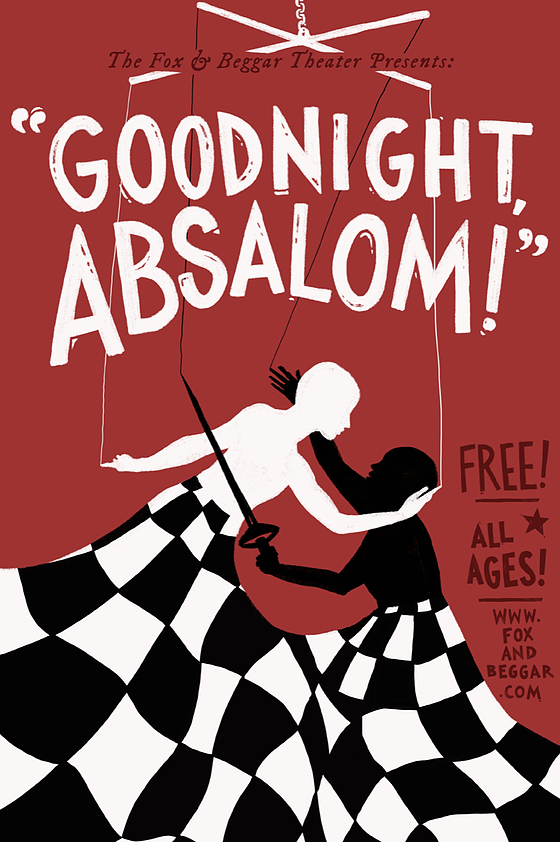 Show starts at 7:30 and will run approximately 75 minutes with a short audience Q+A afterwards.

In the fictional town of Absalom, a larger-than-life chess match is played between two sinister railroad barons. Their strange game moves through a series of vignettes — the Dance of the Pawns, the Dance of the Knights, the Dance of the Bishops, etc. — in which the unfortunate chess pieces find themselves being made to do battle inside a prison they do not fully understand. As the game progresses, the chess pieces begin to become cognizant of their bleak situation … and attempt to lead a rebellion against the game itself.

“Goodnight, Absalom!” is a surreal comedy about a plutocracy that has gamified modern life, obsessed with winning more and more wealth until the world’s resources are gone. The show fuses the Spaghetti Western genre with a barrage of Faulkner references, taking a look at a frighteningly polarized nation and questioning who might gain from keeping it divided, distracted, and disenfranchised.

A workshop production of Absalom was created as a two-week residency-in-quarantine last August at the Lookout Arts Quarry in Bellingham, WA.