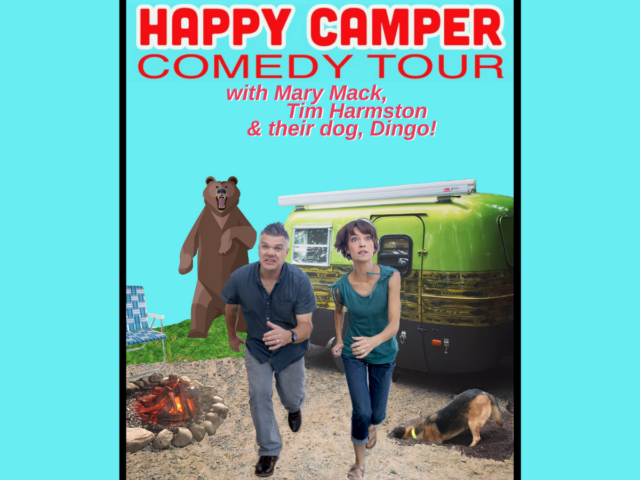 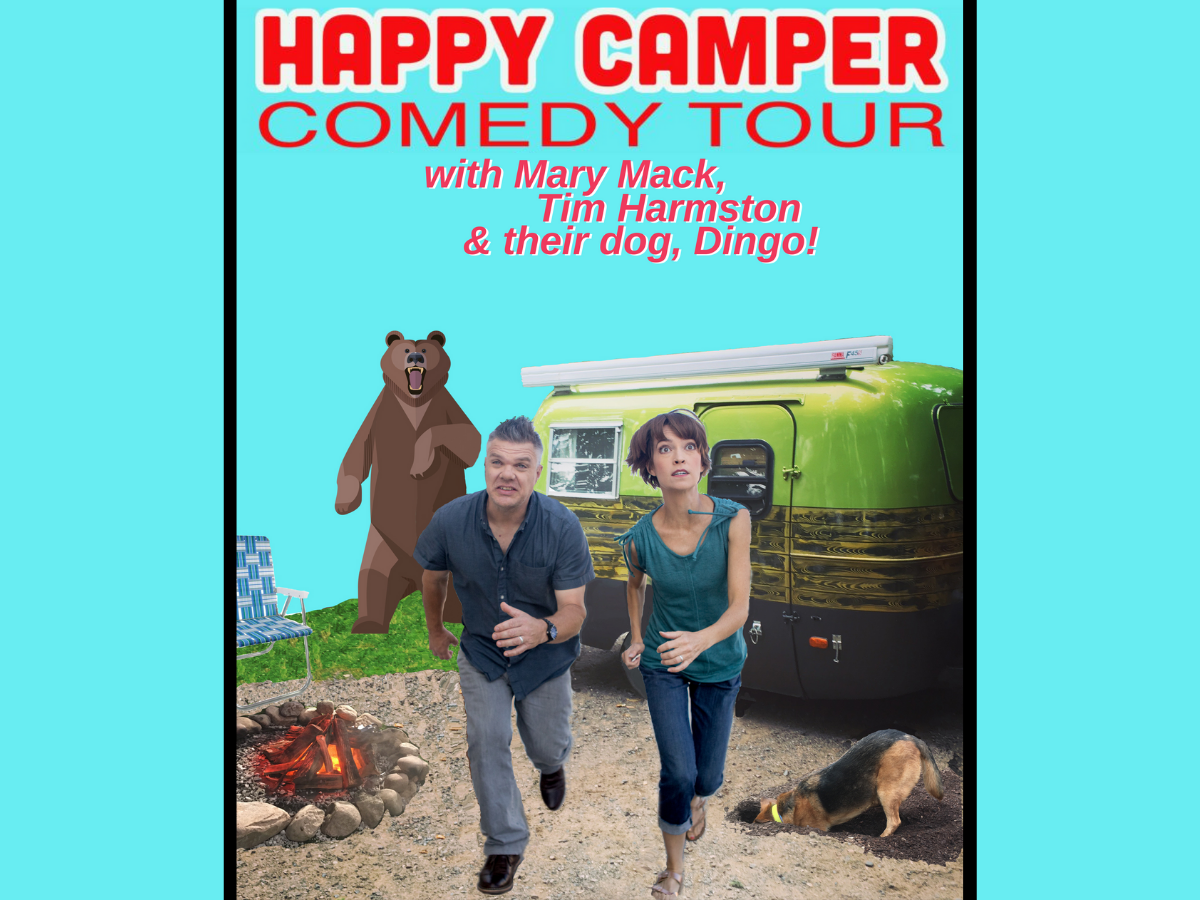 THE “HAPPY” CAMPER COMEDY TOUR W/ Mary Mack, Tim Harmston & their dog Dingo will be stopping at The Underground Collaborative in Milwaukee for a small and intimate night of fun and laughs!

Folk Humorist Mary Mack performs her sometimes-musical comedy at festivals, colleges, clubs, casinos and anywhere you can find a llama or a buffet line. She has acted in cartoons, weird student films, and commercials that urge you to buy food for your hamster. (Mary is totally FOR feeding your hamster.) She has been featured on Marc Maron’s WTF Podcast, The Bob and Tom Show, Last Comic Standing, & Conan. Her voice can also be heard on “Golan the Insatiable”, “Aqua Teen Hunger Force”, and on Rick and Morty co-creator Justin Roiland’s upcoming series “Solar Opposites.”

Tim’s comedy has been described as absurd,” sharp, hilarious,” and other. A former winner of Acme Comedy Companys Funniest Person in the Twin Cities competition he has worked some of the most renowned comedy clubs coast to coast. He has made TV appearances on Late Show with David Letterman, Comedy Central, and NBCs Last Comic Standing.