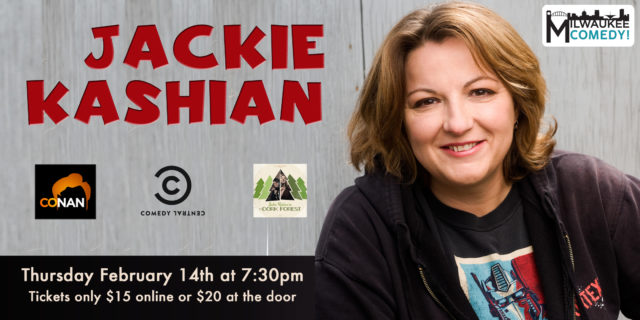 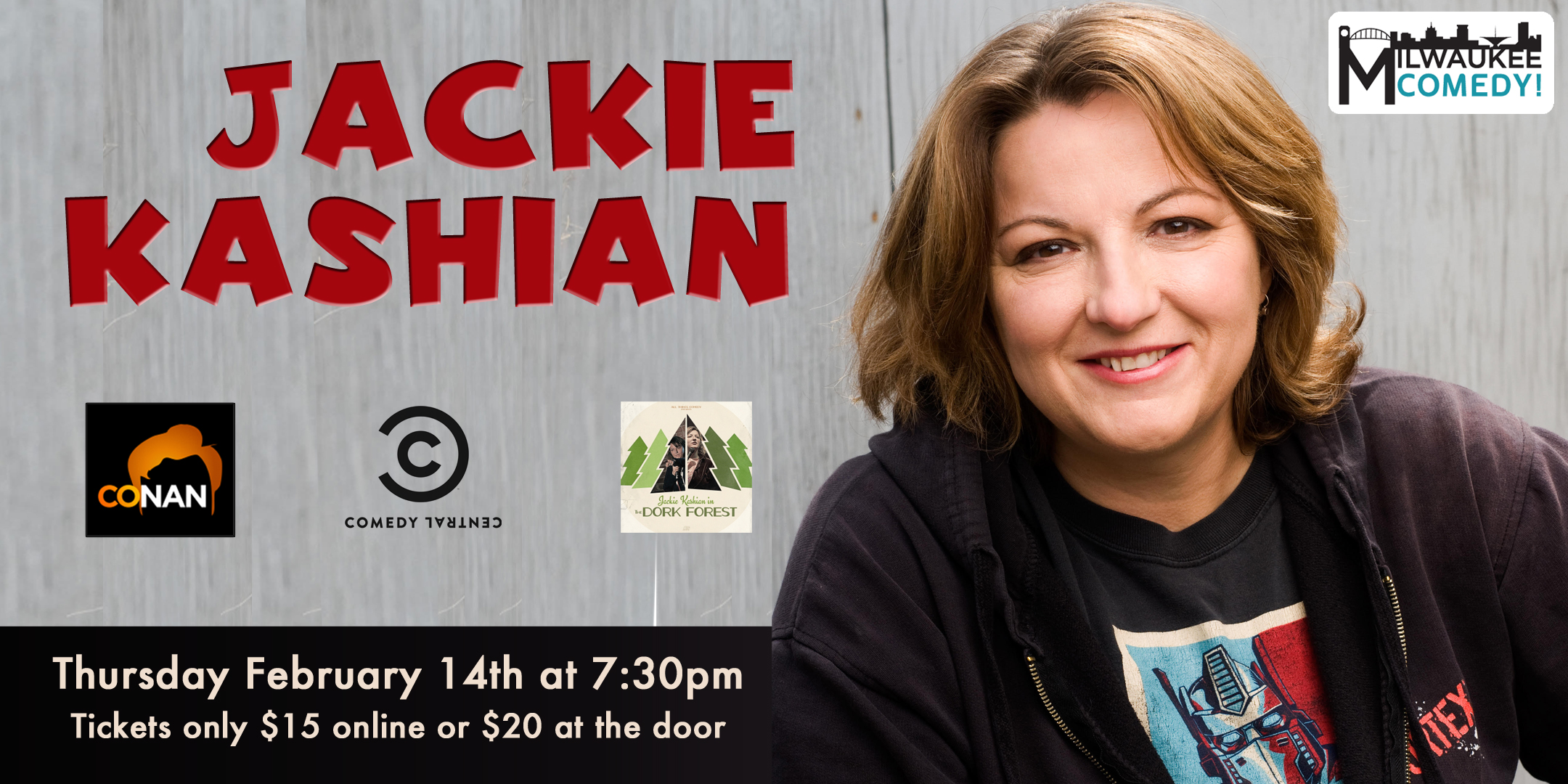 The hilarious Jackie Kashian is coming to Milwaukee on Valentines Day, February 14th for one night only! Tickets are only $15 in advance online or $20 at the door. A Wisconsin native, Ms. Kashian has been performing around the world for decades and has been on Comedy Central, Conan, tours with Maria Bamford and has opened for Brian Regan at Carnegie Hall. Her new album, I Am Not The Hero Of This Story, was #1 comedy album on iTunes and Amazon and is critically acclaimed. She is in the twelfth year of her podcast The Dork Forest, where she talks with people about what they love to do, think about and collect. She also has a new podcast on the Nerdist Network with Laurie Kilmartin called The Jackie and Laurie Show. Tickets only $15 presale or $20 at the door.