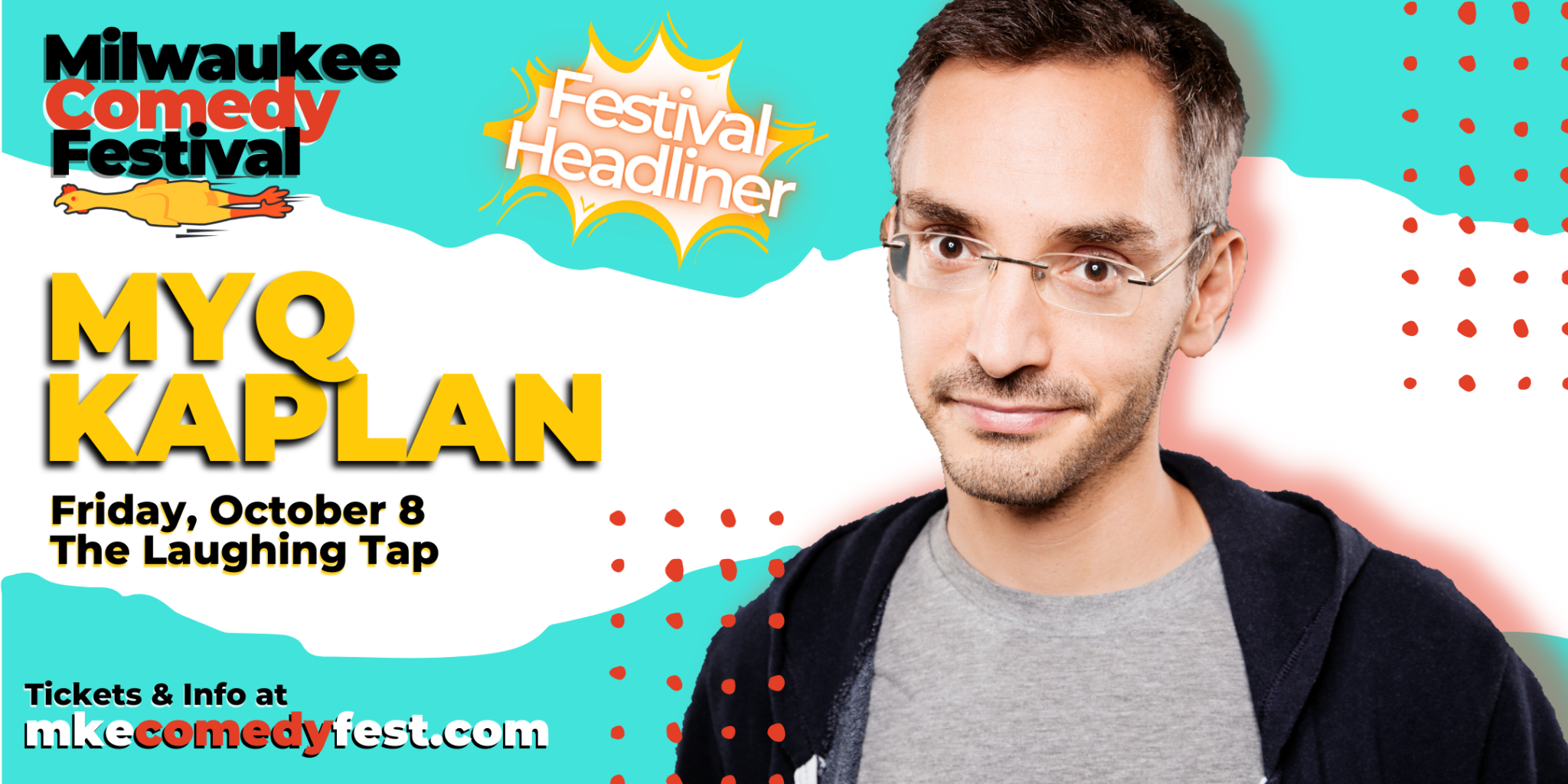 Due to COVID-19 proof of vaccination or a negative test within 72 hours of show time is required for entry.

About the Headliner…
Myq Kaplan is a comedian named Mike Kaplan.

He has been seen on the Tonight Show , Conan , The Late Show with David Letterman , Late Night with Seth Meyers , in his own half – hour Comedy Central Presents special, and in his own one – hour special on Amazon, Small, Dork, and Han dsome . He has been a finalist on Last Comic Standing and has appeared on America’s Got Talent . His album “ Vegan Mind Meld ” was one of iTunes’ top 10 comedy albums of the year, and his newest album “A.K.A.” debuted at #1. The New York Times called it “invigoratingly funny” and included it among its five “coronavirus best new comedy specials”…”to remind you of the old normal.” And here we are in the new weird! Enjoy!

About the Milwaukee Comedy Festival

The 2021 Milwaukee Comedy Festival, celebrating over 15 years of laughs! Featuring performers from across the country in 14 different live shows and Special Events at multiple venues including The Laughing Tap, Lakefront Brewery, Dandy, and Var Gallery. Join us for the best laughs you can find October 3-10, 2021.

Over the years more than 20,000 people have laughed with the Milwaukee Comedy Festival! Our alumni have appeared in movies and television including Comedy Central, Netflix, HBO, Saturday Night Live, MAD TV, BET, Conan, Late Nite and many more.

More information on the 2021 Milwaukee Comedy Festival is available at mkecomedyfest.com