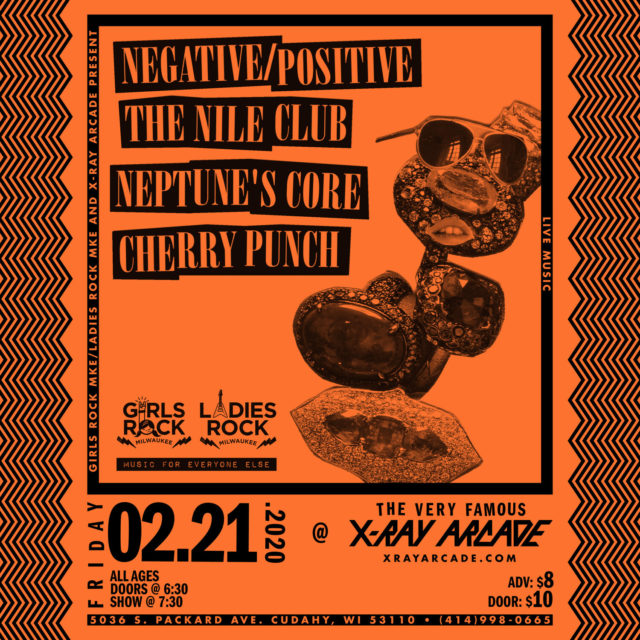 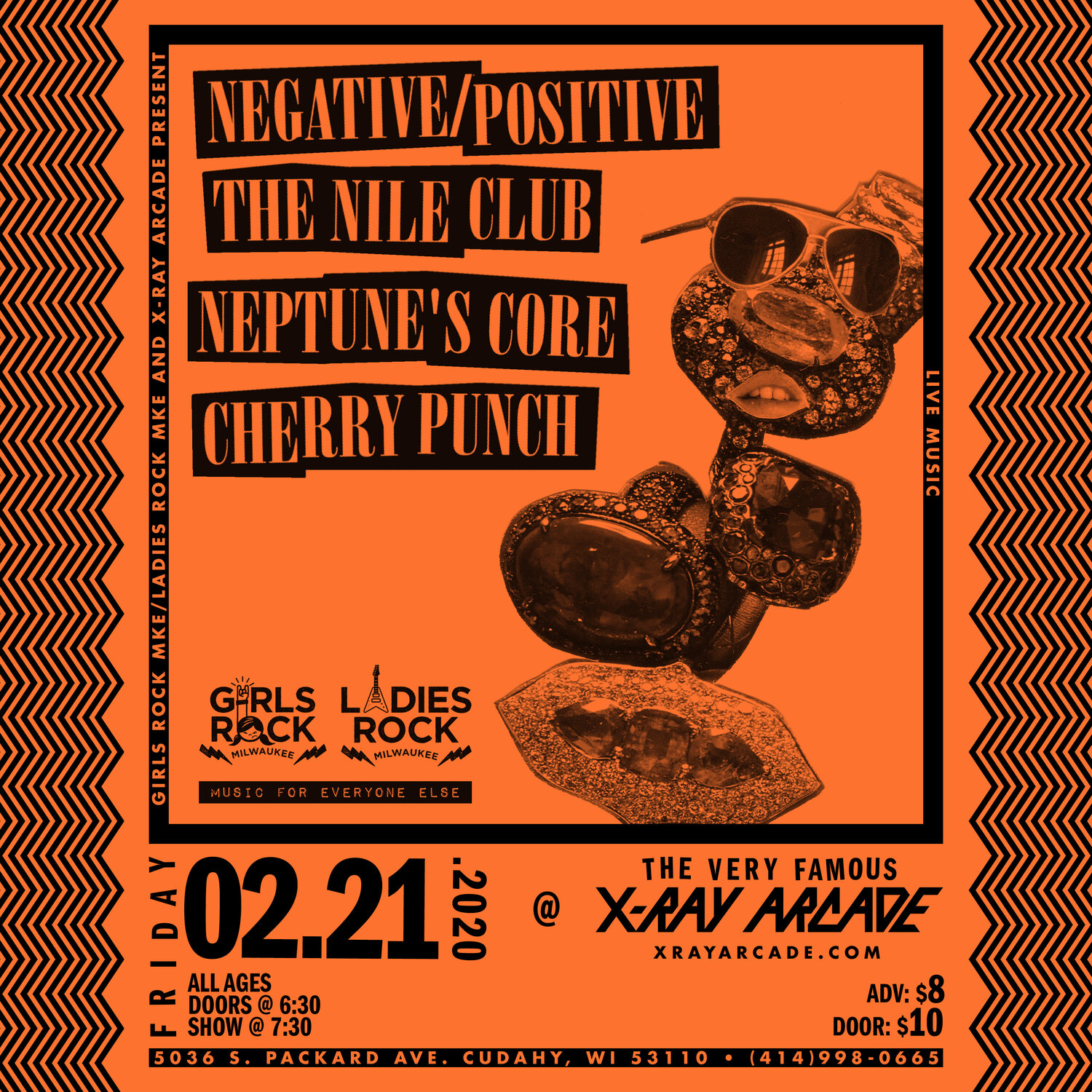 NEGATIVE / POSITIVE
Negative/Positive met at the first annual Girls Rock MKE camp in the summer of 2013 and they’ve been making music together ever since. The girls were 8, 9 and 10-years old when they began, but their creative songwriting style and confidence on stage can be found in performers more than twice their age. Their music is a blend of catchy indie rock songs that range from pop/punk in style to introspective and quirky all in the same set. N/P offers three strong musical role models for all ages and genders.

THE NILE CLUB
A big omelette of psych, indie, grunge, pop, noise. made fresh and tasty in Wisconsin.

NEPTUNE’S CORE
Neptune’s Core is a teen band based in Chicago brought together by a strong friendship and a shared love of performing music. They use complex harmonies and sophisticated rhythms to create their own indie style. Their original songs touch on themes relatable to all ages.

CHERRY PUNCH
The hottest new indie pop/rock band comes straight from Milwaukee! Using only a few microphones and a laptop, Cherry Punch records catchy riffs with truly meaningful lyrics that derive from the heart of singer/songwriter/guitarist, Duckie Geib. Drums and mixing by Corbin Xavier, and bass by Gus Pointer-Mace.