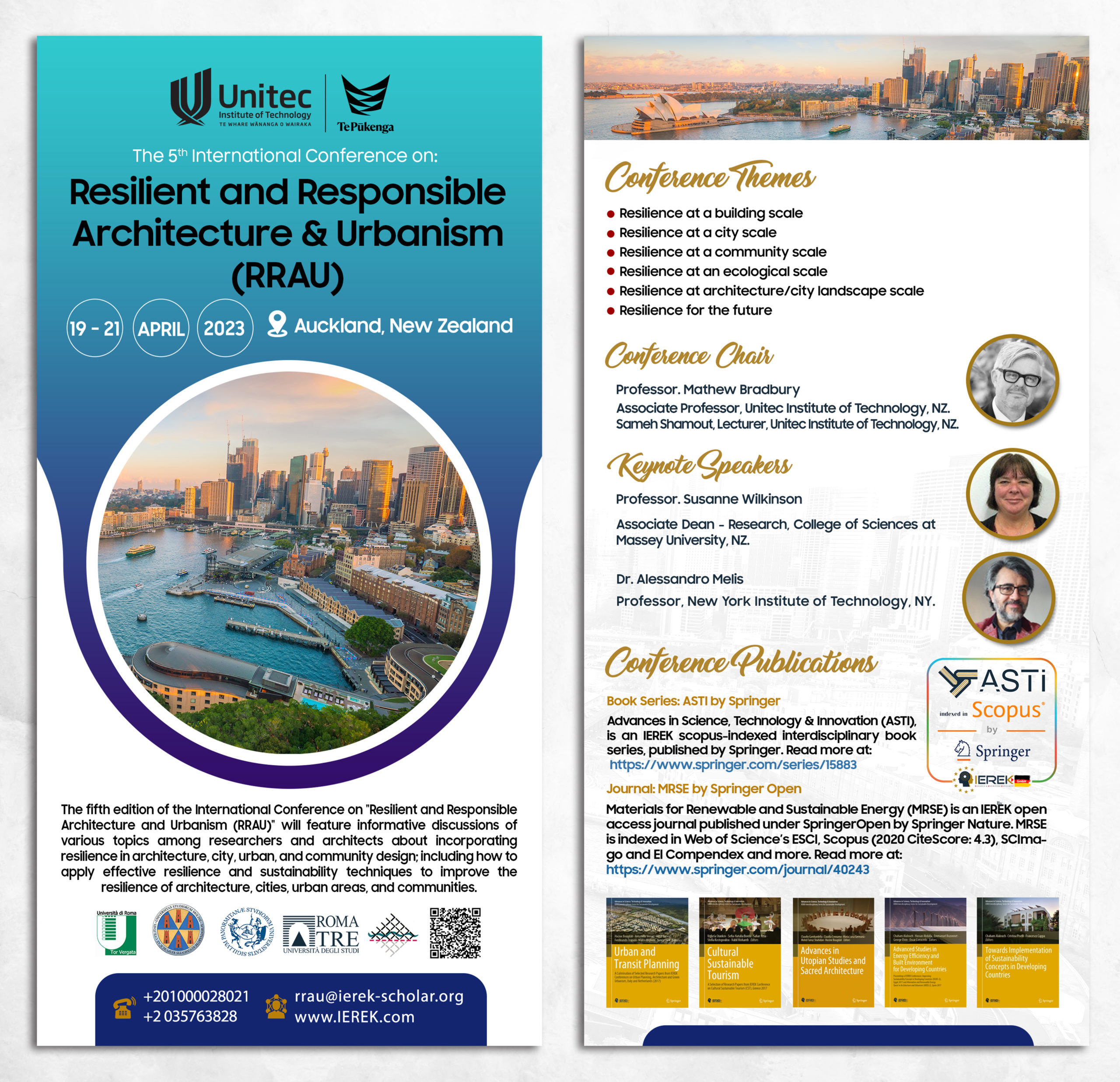 More than half of the world’s population now lives in urban regions, mostly in cities. The vulnerability of these cities has significantly increased due to the complexity of new challenges, which range from economic to social to ecological. According to several studies, ongoing stressors and unexpected hazards can worsen social breakdown, economic hardship, and even cause physical collapse. Even though many cities have endured for centuries, the more recent emergence of urban-related stresses and shocks, such as climate change, major natural disasters, diverse complicated conflicts, and a lack of natural resources, is causing a need for more resilience than ever before. When populations are subjected to hazards and stressors, they may become a risk, and when infrastructure, buildings and communities lack the resilience to deal with, adapt to, and recover from their effects, they may become “vulnerable.” Therefore, it is plainly evident that urban environments and communities, including the architecture of cities, must become more resilient and sustainable.

One of the most urgent of the several looming dangers that threaten cities is the threat posed by climate change and the catastrophic repercussions it produces. The issues brought on by climate change, which we are only now beginning to directly feel, must be addressed with a multi-paradigm resilient approach to design and urbanization.

The fifth edition of the International Conference on “Resilient and Responsible Architecture and Urbanism (RRAU)” will feature informative discussions of various topics among researchers and architects about incorporating resilience in architecture, city, urban, and community design; including how to apply effective resilience and sustainability techniques to improve the resilience of architecture, cities, urban areas, and communities.

Accepted papers/articles will have the chance to be published in the Scopus-indexed “Advances in Science, Technology, and Innovation” book series.

The 5th Edition of Resilient and Responsible Architecture and Urbanism (RRAU) aims to hold a healthy discourse concerning the resiliency of modern constructions and urban planning methodologies. Expanding upon the true meaning of resiliency in a modern sense, the conference addresses resiliency at a building, urban, community, and ecological scale, deliberating upon contemporary methods of promoting robust design that perseveres through a multitude of destructive factors such as natural disasters, natural deterioration, and the effects of climate change. Further ensuring a prosperous future for humanity, the conference looks to promote sustainable methods of design and construction, that utilize renewable sources of energy and incorporate net energy zero design.

The topic of sustainability is well documented in contemporary academic literature. Researchers the world over are working tirelessly to ensure the continuation of our species on a habitable planet, however, while the topic of sustainability is doubtlessly vital to humanity’s perseverance, resiliency against harsh natural disasters and effects is also necessary to establish. This conference aims to give researchers and scholars a platform upon which their voices will be heard, echoing their studies and findings, and making way for healthy discourse in the field of building, economic, urban, and ecological resiliency.