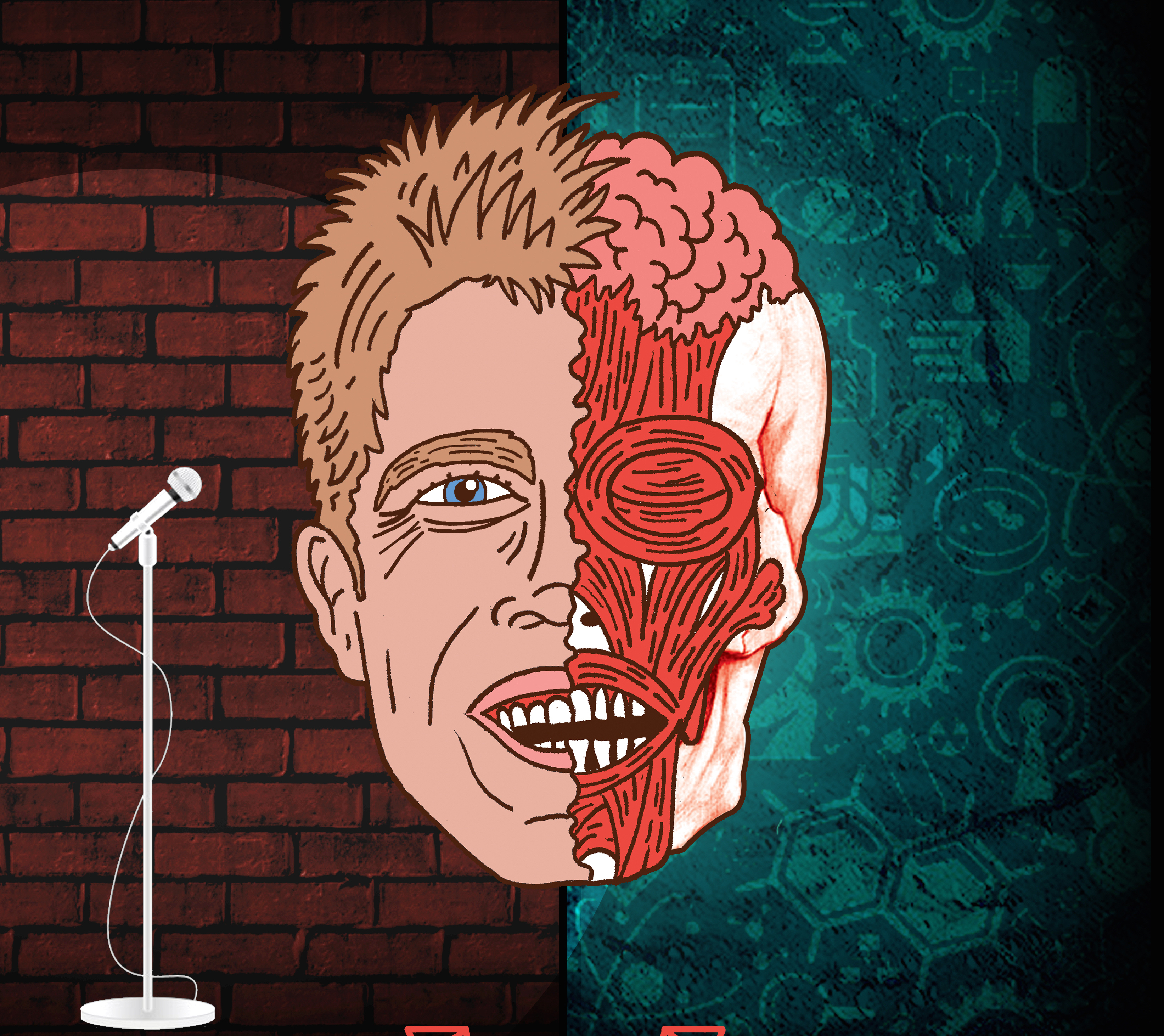 Learn and laugh as local scientists, comedians and other special guests join Shane to bring you an unforgettable 90 minute show that is equal parts ahas and hahas

Stand-up comedy and science have a lot in common. They both reveal truth, change our perceptions, and challenge the status quo. So why are they so underappreciated? Admittedly, comedy sometimes underestimates the intelligence of their audience, catering to the lowest common denominator. And science has the stigma of being overly complicated, unrelatable or boring. Until now.

Funnier and more provocative than TED Talks, while smarter than traditional stand-up comedy, Stand Up Science combines the best of both worlds. This thought-provoking night of laughs will leave you a little smarter, a little happier and send you home with plenty of fuel for your own conversations.

As your host, Shane kicks the evening off with some of his best material on brainy topics, before introducing special guest speakers and performers. Guests range from Ivy League professors presenting groundbreaking academic research to local stand-up comedians delivering their most cerebral material.

At the end of the night, Shane brings all the guests back onstage and opens the floor for a Q&A and interactive discussion with the audience.

About the host and origins of Stand-Up Science:

In one life, he tours full-time as a stand-up comedian. Shane has brought his unique blend of absurdist humor, thoughtful insights and storytelling to cities all over the world, as well as TV spots on Conan, Kimmel, Comedy Central, Showtime, BBC, Epix and more.

In his other life as the host of the podcast Here We Are, he’s interviewed over 200 of the world’s leading academic experts about our most fascinating traits and behaviors while finding the funny in the innermost workings of life. Each week Shane illuminates a new area of research for the show’s 50,000 loyal listeners, earning a 5-star rating on iTunes.

Shane’s unique background, comedy, and personal philosophies have also made him a popular guest on other top podcasts like Pete Holmes’ You Made It Weird, Marc Maron’s WTF, The Joe Rogan Experience, Duncan Trussell’s Family Hour, Bertcast and more.

Guests To Be Announced