The 730 Projection from Dusk to Dawn

The 730 Projection from Dusk to Dawn 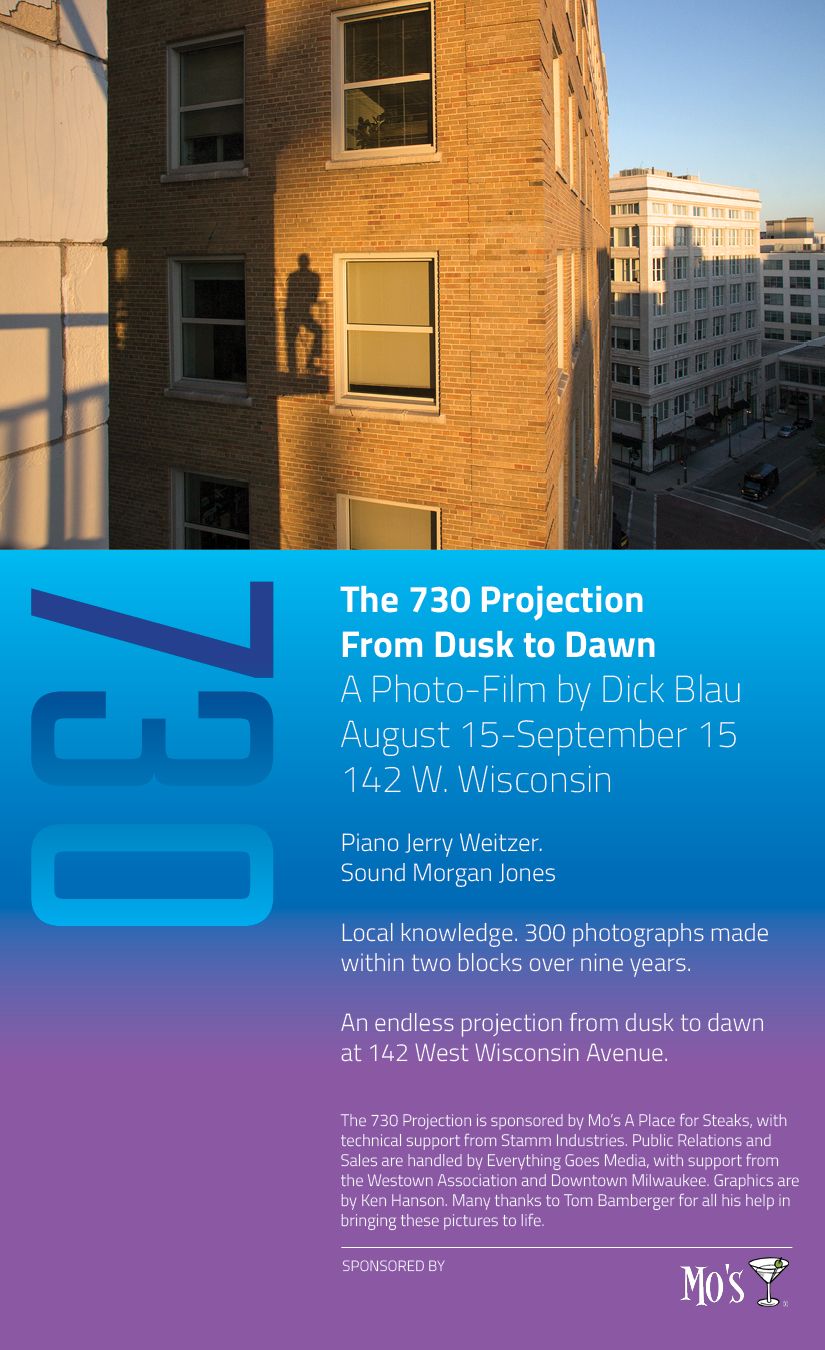 Beginning at sundown on August 15, 300 images from photographer Dick’s Blau’s The 730 Project will be projected onto an empty storefront window on Wisconsin Avenue, immediately west of Mo’s Irish Pub (142 W. Wisconsin Avenue). The show will run in a continuous hour-long loop 24 hours a day for a month. Its accompanying soundtrack was recorded and composed by Morgan Jones. The recording was made by Morgan Jones during the initial public viewings of The 730 Project in January, February, and March of 2018 in the lounge of Mo’s Steakhouse (720 N. Plankinton). Her soundtrack is a collage that features the keyboard work of house pianist Jerry Weitzer, mixed with sounds of the surrounding streets.