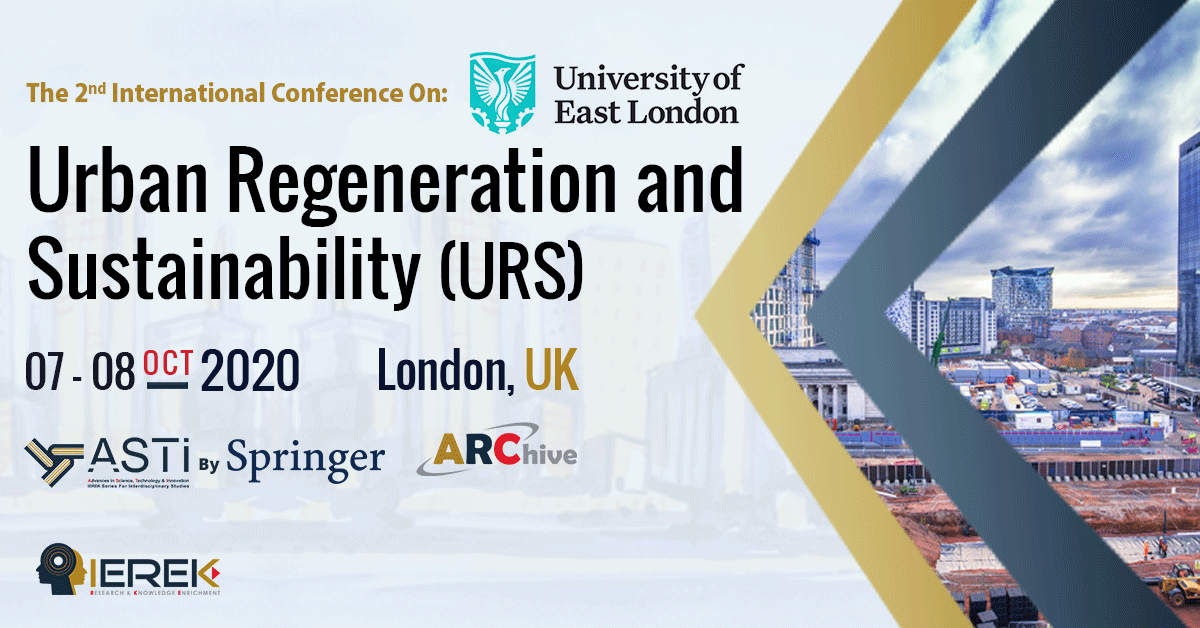 Urban regeneration has only proven to be successful when sustained which is why urban regeneration and the concept of sustainability go perfectly hand in hand. The populations within the earth inhabit more and more areas every day which is why urbanization still grows to be a challenge. The problems that are most commonly associated with urbanization are often high-density population, pollution, crime, poverty, inadequate infrastructure, and several others. Having a high population density is the cornerstone of the entire existence of this argument, some might say, which is partly true, as populations increase more than ever and with more inhabitants, who mostly migrate from rural areas.

Following the success of the 1st Edition international conference on “Urban Regeneration and Sustainability”, this year’s 2nd edition will address all the aspects of the urban environment. Urban regeneration is discussed thoroughly in this conference, by rendering it as a process and a strategy that aims to transform and renovate areas in hopes of upgrading public housing, public buildings, private buildings, infrastructure, and services. It could also be considered as a highly effective way to improve urban performance by targeting countless areas and taking their economic levels and developments into consideration which could affect society either negatively or positively.