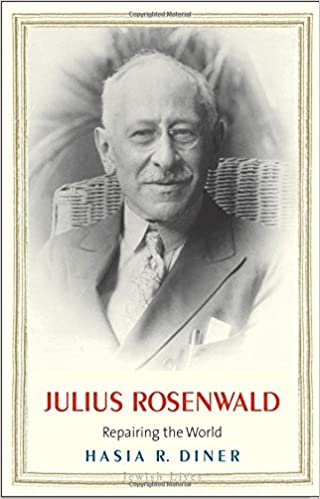 Julius Rosenwald was the president of Sears at a time when the Sears catalog was eponymous in the United States. Rosenwald dedicated a large portion of his wealth to creating schools in the rural American south for African American communities. He set these up in partnership with the communities he aimed to help so that those attending the schools would be part of the process. The 5,000 schools that became known as Rosenwald Schools are only one piece of his enduring legacy. In this moment of divisiveness, JMM is thrilled to explore the importance of community and partnership through Rosenwald’s legacy.

Hasia R. Diner will share insights from her book Julius Rosenwald: Repairing the World. Diner is a Milwaukee-native and eminent historian. She is Paul and Sylvia Steinberg Professor of American Jewish History and director of the Goldstein-Goren Center for American Jewish History at New York University. She is a two-time winner of the National Jewish Book Award.